SUVs remain in high demand, but with many manufacturers famous for their reliability, picking up a low-priced older model isn’t as risky as you may think. We’ve picked some of the best.

If the choice is between an MPV or an SUV, if you want to keep your cred then it has to SUV, all the way, unless you’re an environmentalist – but that’s a whole different conversation.

So with a max budget of 5k, here’s the list of the best used SUVs around:

The Honda CR-V has proved to be one of the most popular SUVs on UK roads, and with good reason. The Mk3, launched in 2006, remains popular and despite its age, still compares well against its rivals. Picking up a post-2010 used from this generation CR-V allows you to get great value without compromising on quality or reliability. 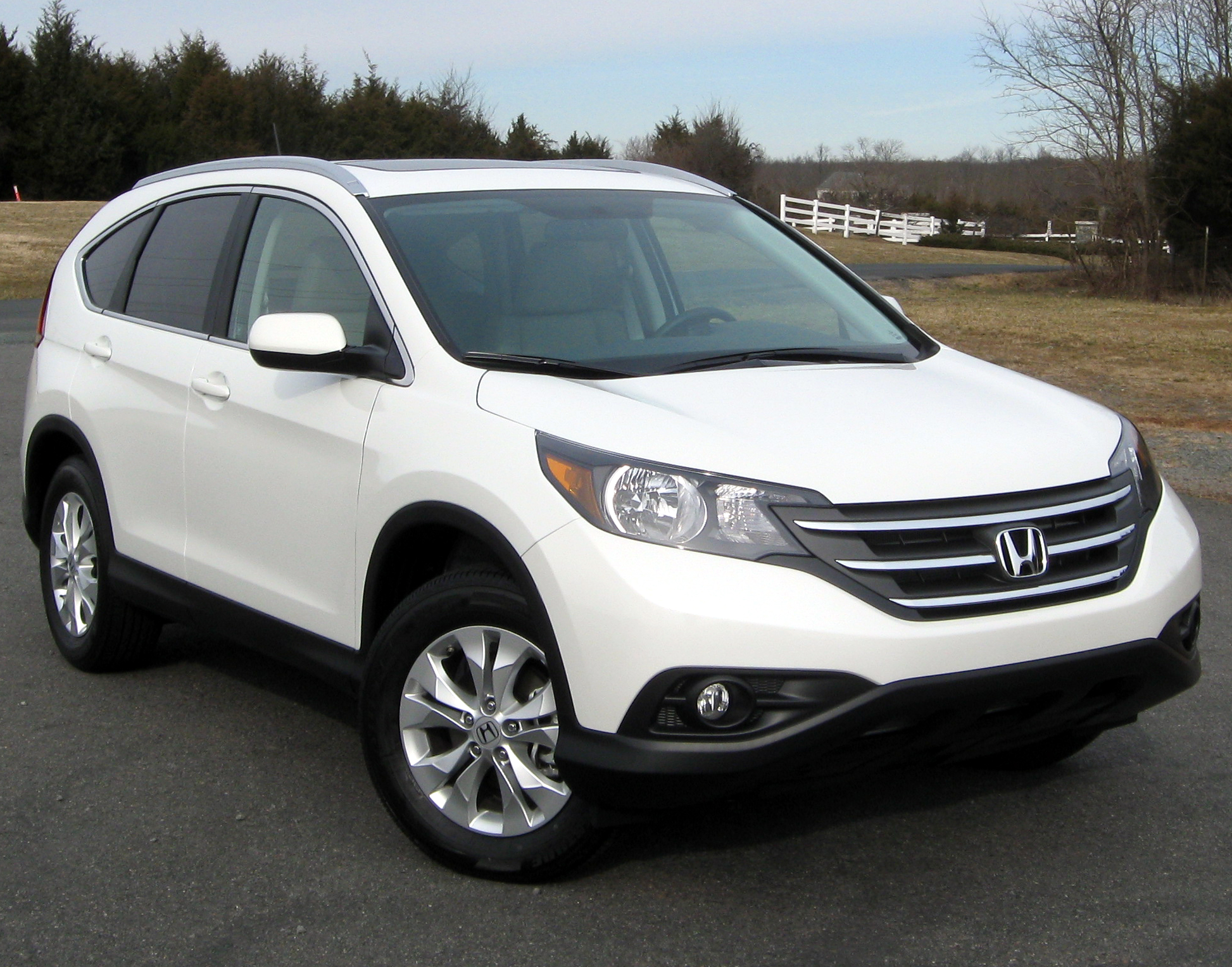 A slight remodelling in 2007 left intact the 2.2-litre diesel from the previous CR-V, which is a fantastic, high-performing engine that delivers 140bhp and 44mpg. It’s also available with a 2.0-litre petrol engine, which will return 150bhp. The petrol is available with either a five-speed automatic or a six-speed manual transmission gearbox, whilst the diesel is limited to the manual.

Despite the SUV moniker, the CR-V isn’t actually that large – it’s shorter than a Honda Accord and is a relatively compact vehicle. Thanks to this smaller size and lower centre of gravity, it corners well, with very little lean.

However, its off-road abilities are limited: this is an SUV that was designed strictly with tarmac driving in mind, despite four-wheel drive as standard. That said, decent handling and good refinement make driving on normal roads an enjoyable and comfortable experience.

Add to this the large interior cabin, which can easily fit five adults, and this is an SUV well-suited to long-distance family drives. The interior uses much of the same equipment as the Honda Accord, hence the relatively upmarket feel, and even basic models come with features such as air conditioning and electric windows.

Honda is a notoriously reliable brand, and the CR-V is no exception, so even buying a low-priced, high-mileage vehicle isn’t likely to be too risky.

The Recreational Active Vehicle Four Wheel Drive was introduced in 1994, and was essentially the first compact SUV. Since then it’s inspired lots of the competition in the compact SUV market, meaning it’s been continually upgraded and improved to stay one step ahead. 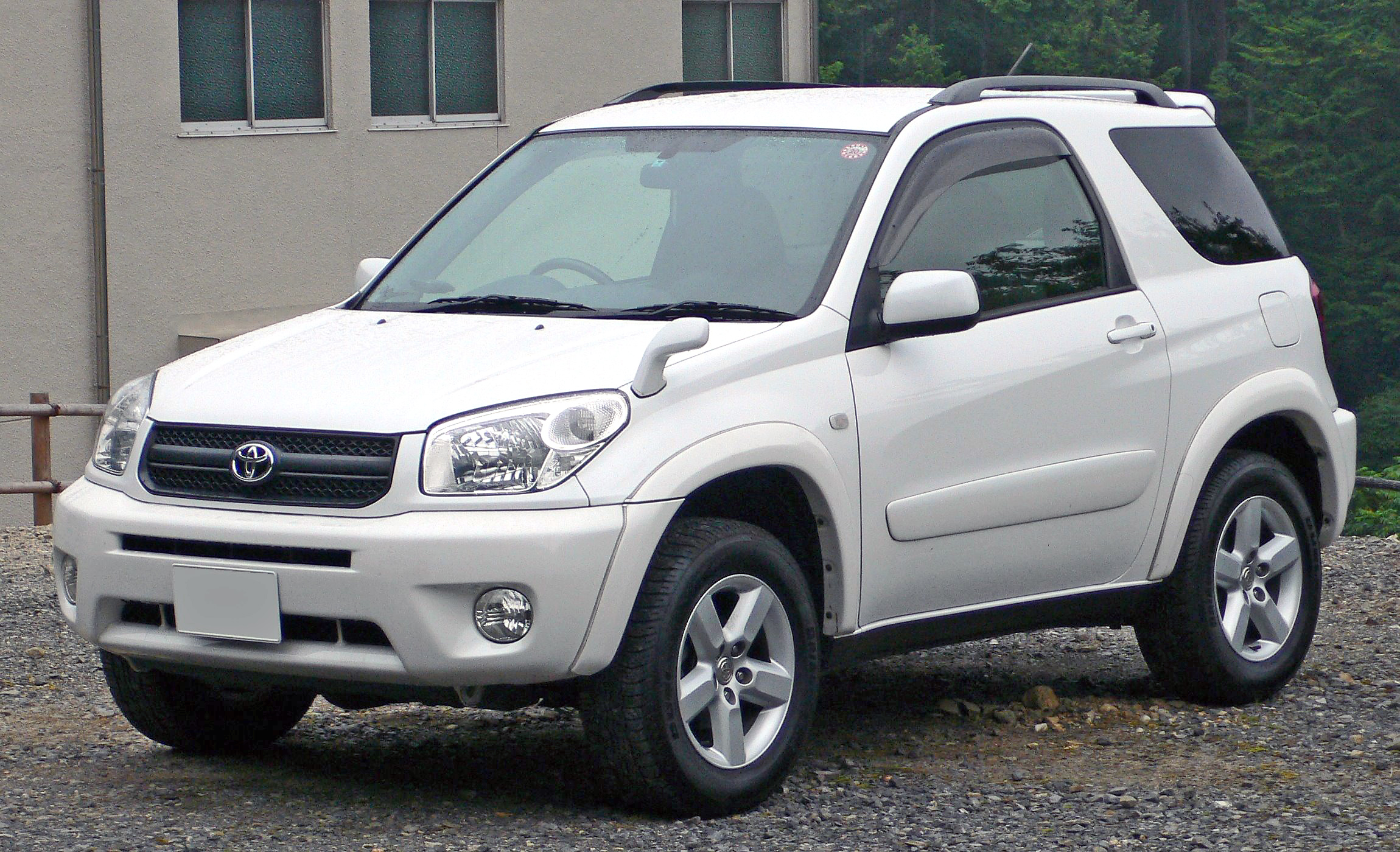 This means that this third generation RAV4 is a spacious, reliable and comfortable vehicle which makes an excellent choice for a low-cost SUV.

Although the RAV4 isn’t as stylish as some competitors, it makes up for it in practicality: the spacious interior is complemented by a 547-litre boot, and even entry level models have air conditioning, power steering and electric windows. This third generation remains fun to drive for a vehicle of its size.

Thanks to its great reputation for reliability, the RAV4 clings to its value quite well, but that doesn’t mean you can’t get a well-looked after diesel model for under £5000.

The Grand Vitara was launched in 1988 and went through a relaunch in 2005, which aimed to improve the style of the vehicle. A facelift in 2008 and engine improvements in 2010 mean that it’s worth considering a post-2010 model when buying used. 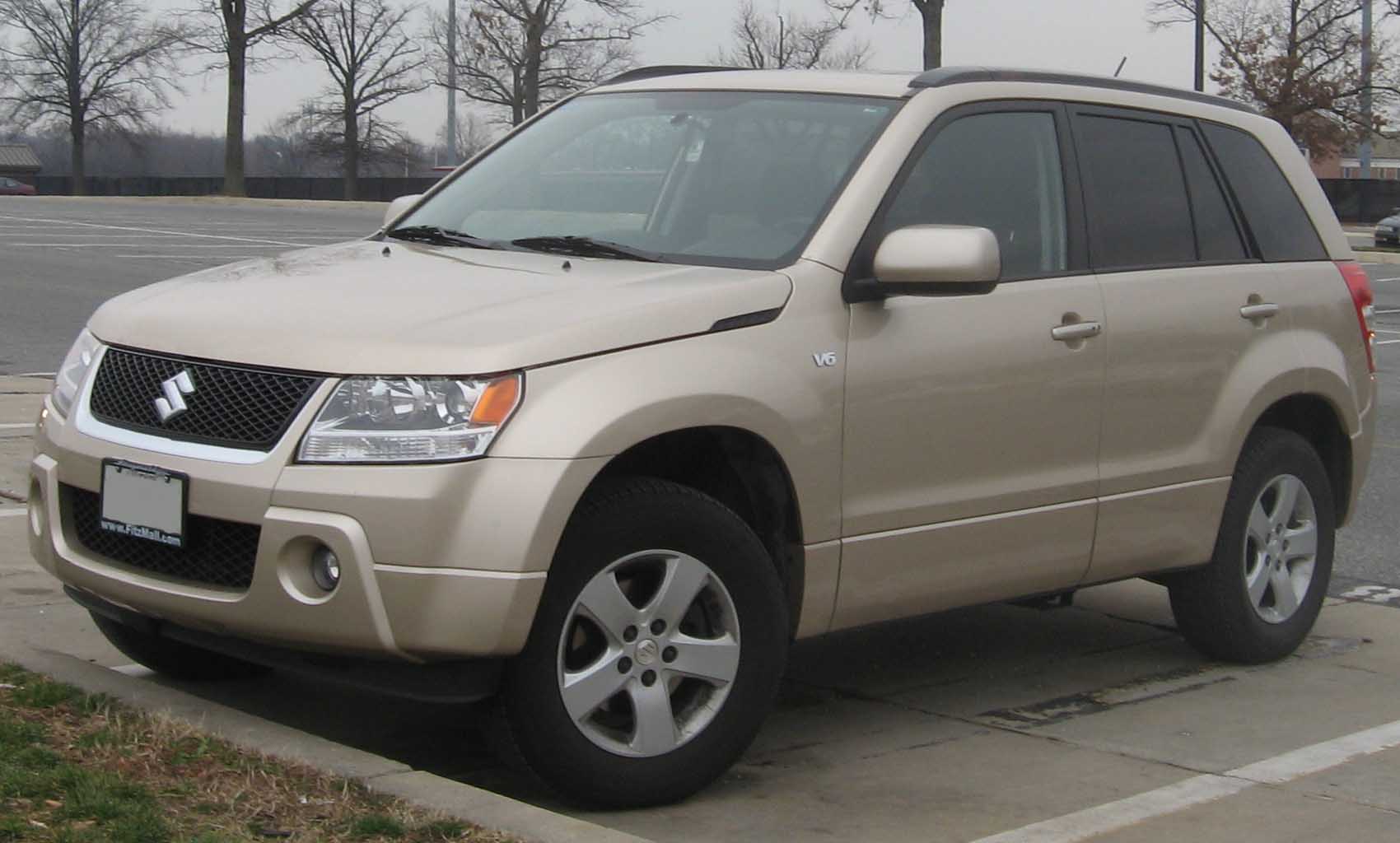 The Vitara is an undeniably robust SUV, with strong on-road presence. On tarmac, it handles well, with little lean, but it’s when driving off-road that the Vitara excels. Factors like permanent four-wheel drive and a low ratio gearbox give you all the power you need to tackle challenging and muddy terrain.

The 1.6 and 2.0-litre petrol engines deliver 105bhp and 138bhp respectively, and a 1.9-litre diesel is also available. Perhaps cementing the Vitara’s position as an off-roader is the fact that the 2005 model lacks decent refinement, meaning driving is a noisy experience. However, this went through some improvement with the introduction of some sound insulation equipment in its 2008 facelift.

The Vitara is available with three or five doors, although unsurprisingly it’s the five-door model that’s proved most popular and that you’ll be most likely to see on the used market.

For under 5k, you’ll be able to get yourself a well-looked after Vitara with a relatively low mileage, so get looking!

Introduced as a budget alternative to the likes of the Land Rover Freelander, the Tucson is probably the vehicle on this list that you’ll be able to pick up for the lowest price. Despite a relaunch in 2015, it’s worth finding a model from 2009/10 to combine bargain prices with a quality SUV. 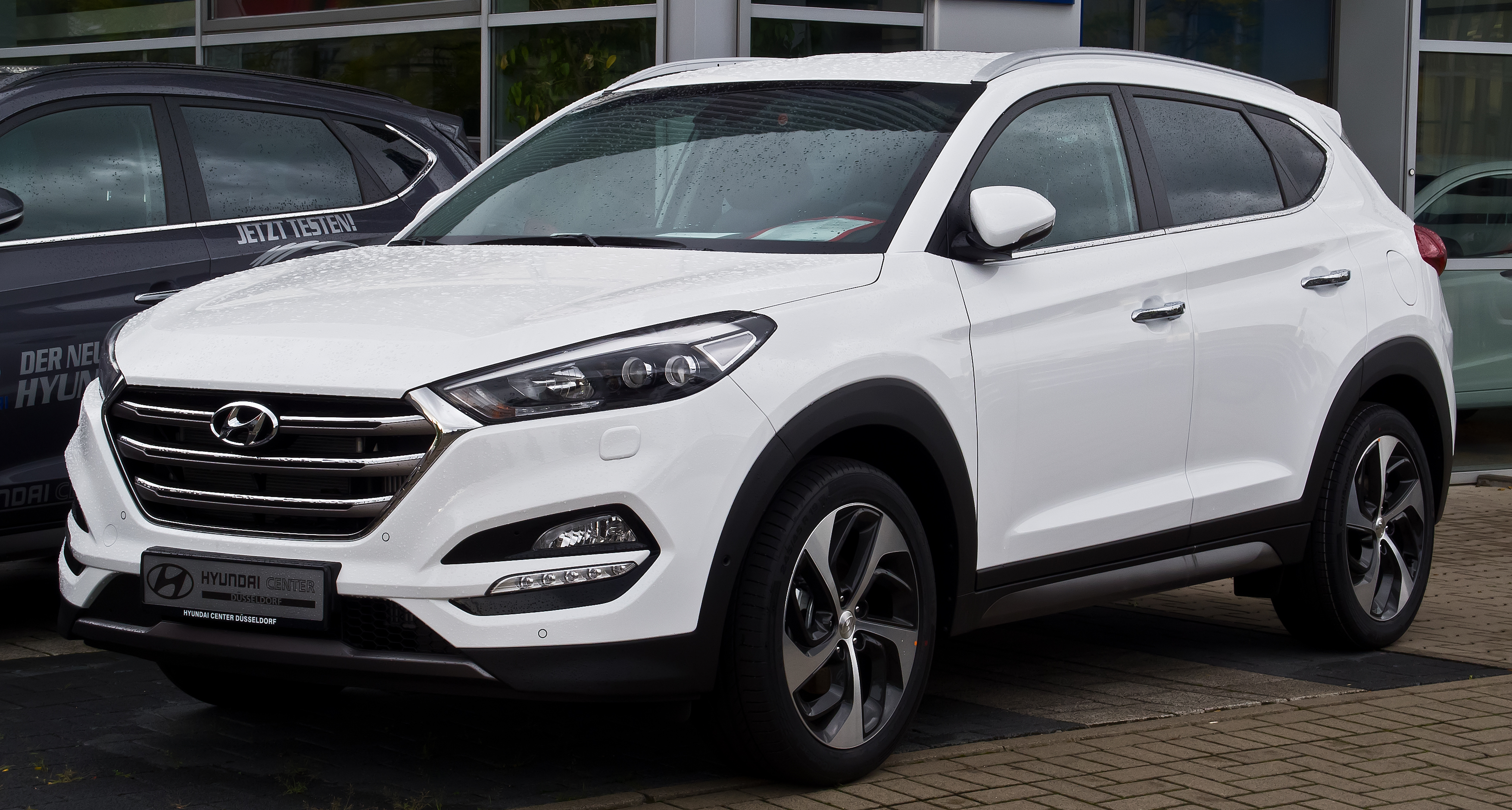 It was launched in 2004 with two petrol engine options – a 2.0-litre engine delivering 134bhp, or a 2.7-litre V6 engine which was limited to a four-speed automatic gearbox, returning 28mpg. The 2.0-litre diesel engine fares better when it comes to mileage, returning 39mpg, making it more economical than SUVs such as the Suzuki Vitara.

The Hyundai Tucson is also available as a two-wheel drive or a four-wheel drive vehicle, but in both, driving feels more car-like than some other SUVs. Despite this, the interior will comfortably seat five adults, and the vehicle still has a great raised driving position and performs very well as a tow vehicle.

Not an SUV for comfortable family drives, the Toyota Land Cruiser is the car you want if you’re driving off-road. It’s a tough workhorse that’ll tackle the most challenging of terrain with ease, thanks in part to a range of features such as downhill assist and crawl function.

Only one diesel 3.0-litre engine is available in the Land Cruiser, but you do get the choice or a six-speed manual or automatic gearbox. In 2015, this engine was replaced with the more economical 2.8litre diesel.

It’s available as a three or five door vehicle, but the five door is the obvious choice, which also has the option of seven seats. The interior isn’t as comfortable as some more luxurious rivals, and driving on the road feels heavy – because the Land Cruiser is massive and heavy.

But the Land Cruiser was designed to excel off-road, and its reliability is legendary. Additionally, it’s capable of towing 3000kg.

Our favourite and it comes with no-frills, has to be a real off-road SUV that’ll never let you down, therefore you can’t go far wrong with the Toyota Land Cruiser.

With Carsnip you can get browsing today for any one of the top-performing SUVs or just the SUVs available for under £5000.

Search for your perfect used SUV under £5000 today