We previously published a guide on the Congestion Charge in Central London, detailing the fee level per day and terms of the charge (when it applied). We also included the government’s future plans for the charge as published at the time.

Due to the ongoing Covid-19 crisis however, there have been various changes introduced.

In immediate response to the impending crisis – as it was at the time – TFL (Transport For London) announced that the Congestion Charge and the ULEZ (Full guide HERE) were being temporarily suspended to aid key workers in travelling around the capital.

However it has been announced today that the congestion charge will be reactivated on Monday May 18th; in the wake of a £1.6 billion bailout from the government for TFL. 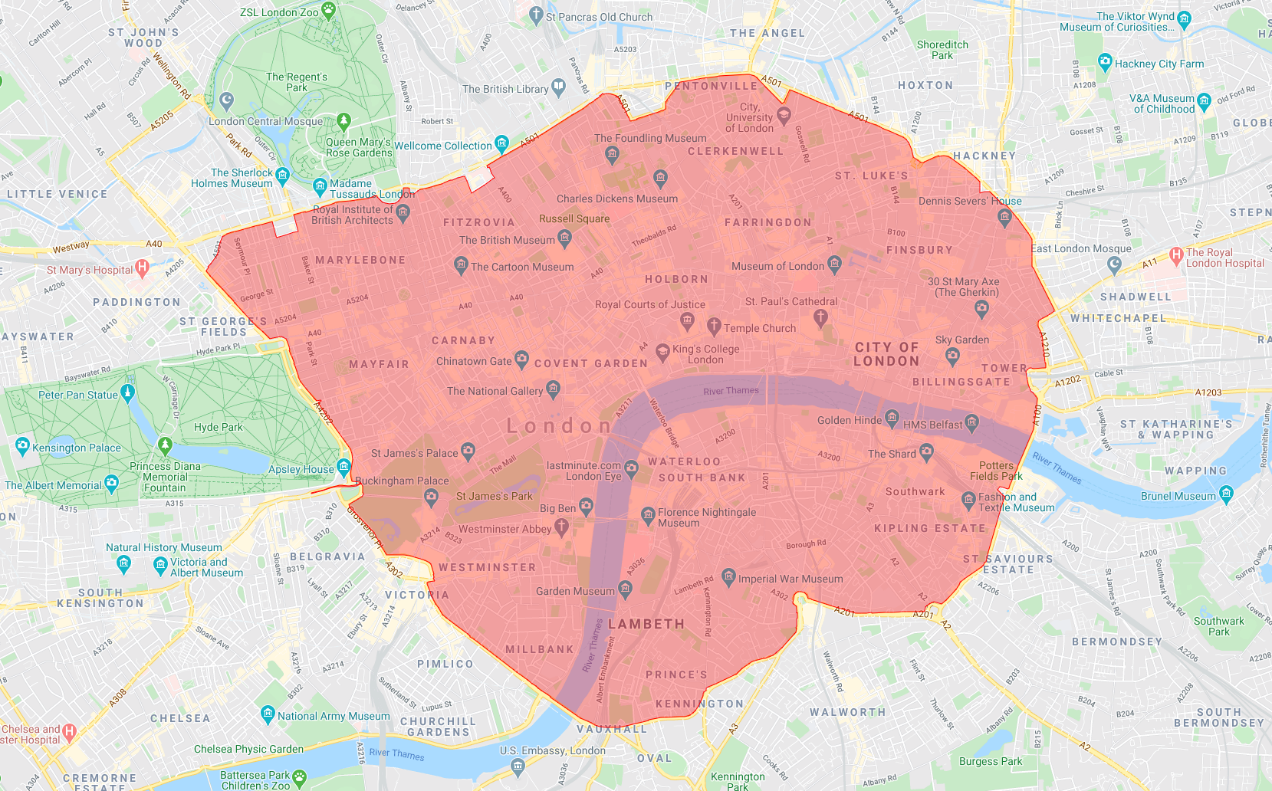 Then from June 22nd 2020, the following changes from the original rules will apply:

The increase in prices are to attempt to mitigate the funding crisis that TFL are currently facing due to Covid.

These changes supersede any other plans for pricing movement in the congestion charge, as set down previously by the government. We have no information at the moment as to whether these increased charges and stricter time windows will apply temporarily or indefinitely; but for now the sensible option is to assume the latter. We will update this page when a decision is made public.

Further changes to the streets of Central London are also being simultaneously made; some streets are being closed off entirely to vehicles, and some areas and streets are going to be accessible by bus only. This is all to ensure the safety of the workers of Central London who need to return to work following the Prime Minister’s announcement on Sunday, by freeing up more space for social distancing. People are reminded to still use their own vehicles (or walk or cycle) despite the new rules, so as to keep use of public transport to a minimum in the immediate future.

Don’t forget that you can still beat the Congestion Charge by picking a vehicle that qualifies for the ‘Clean Vehicle Discount’. Full details HERE.

Why not take a look at our Congestion Charge beating ‘Top Picks’ below?

We will publish further information as we receive it; to help our users stay ahead of the landslide of changes brought about by Covid.