Living With a Hybrid (Pt2. The Good)

Recap. I’ve had the pleasure of driving a brand new Toyota Corolla GR Sport 2.0 litre for the last month. In my last article Living with a Hybrid pt 1 I went through all the annoying rants I  have about this car’ but now its time for the raves! 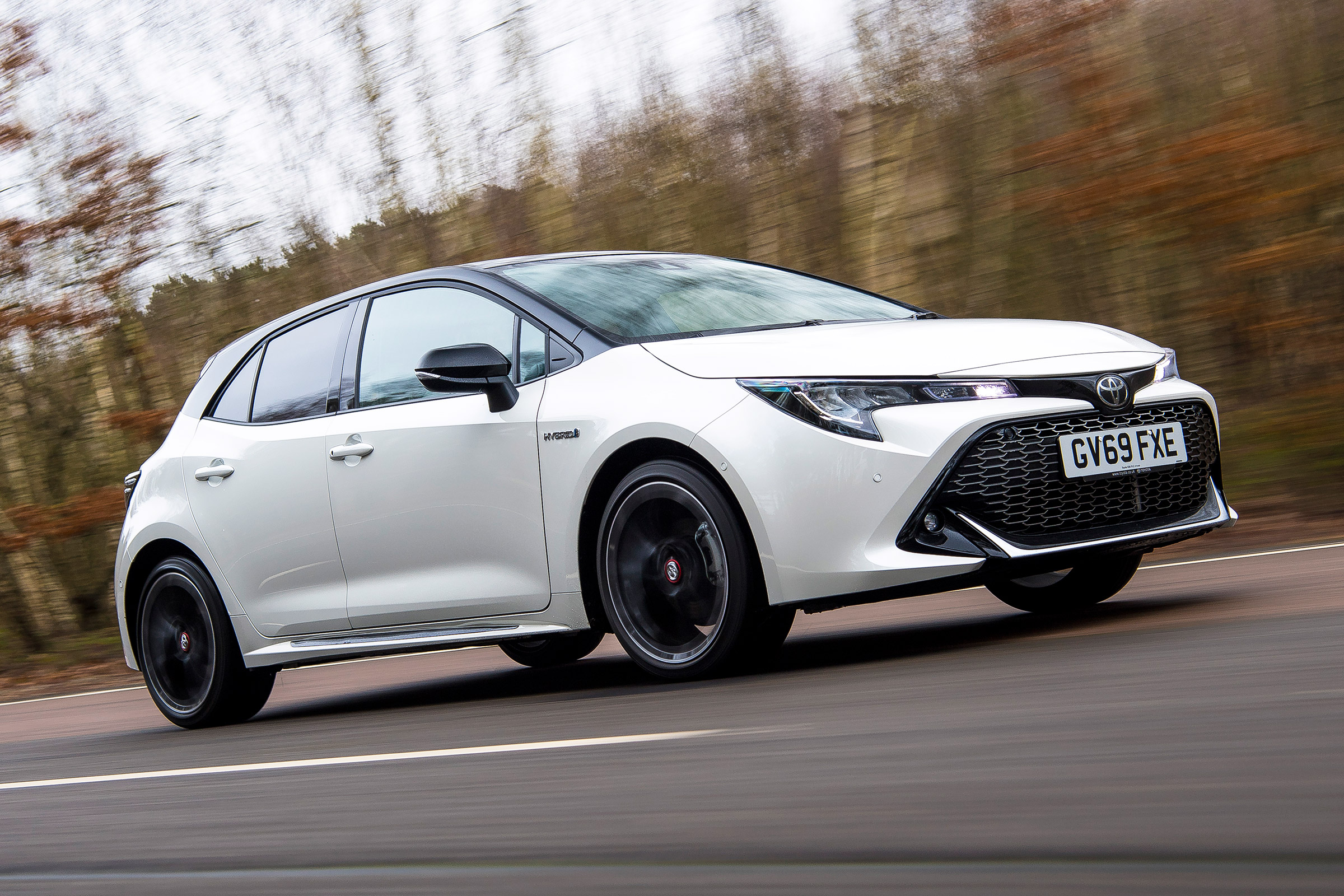 Now let’s talk about the good; because the GR Sport does actually have a lot of good points too,  don’t be put off by my rants in part 1!

First and foremost it really is a lovely place to sit. I mean this in almost every way I can mean it as  well:

From the outside; I may have complained in part 1 about the Corolla’s ‘sporty look’ without being able to back it up with performance, but if you focus in isolation on the looks then it’s actually a  fantastic looking car. It hides its 5 door bulk well (better than most 5 door hatchbacks I would argue), and has lots of angular sections and aggressive lines – particularly at the front! Head-on it looks mean, and I like that – it gives it some personality! The black and diamond-cut alloys are a  nice touch, and in pure white as I have (or Manhattan Grey – Phwoarr) the GR Sport looks to the casual bystander like an actual hot hatch; but a more subdued and tasteful one.

The EV only mode makes a surprisingly regular appearance during normal driving (don’t expect to see it much in sport mode with your right foot planted though!), but the nice part is that other than the symbol flashing up on the dash and the revs dropping to 0, you don’t really notice! The system really has come on such a long way since an Auris hybrid I drove a few years ago (circa  2015) where everything felt much more forced, and clunky. Now, everything feels smooth and polished, a far more seamless and pleasant experience – which is exactly what you want in a car that you are intending to live with and use every day!

And finally, straight line pull. I wasn’t expecting much (despite the cars headline figure of 184bhp),  because it’s not only heavy but its power comes through a CVT gearbox. However, in Sport mode when you put your foot to the floor it really does take off with more energy and enthusiasm than I was initially prepared for! Don’t get me wrong, we aren’t in Golf GTI territory here, in fact not even  Fiesta ST territory, but that doesn’t mean that it doesn’t feel ‘fast enough’ for most peoples requirements. The CVT box also isn’t as dim-witted as it could be, in sport mode responding fairly  quickly (although still overly aggressively – if you’ve ever driven one you will understand what I mean by this). 0-62mph is taken care of in 7.9 seconds; not enough to set the world on fire admittedly, although plenty to pull away from a set of lights when you’re in a hurry.

So there we have it; the Corolla GR Sport. It is a great car if you are looking to move into the  Hybrid market at the lower end of the price bracket, and you are used to a ‘normal car’ as I would call them. Plenty of tech, plenty of space, plenty of comfort and a warm fuzzy sensation that you get knowing you’re helping the environment and doing your bit. However, if you are used to a car from the hotter end of the scale – Hot Hatches, lower end sports cars etc – you will probably be disappointed by how the GR Sport feels dynamically when pushing hard. It is categorically not a  hot hatch; instead think of it as the Avocado of the automotive world. Its nice, good for you and the planet, looks interesting and is on-trend but is not a chilli, and should not be compared to one.

I will be collating my thoughts on the Corolla GR Sport again in a few months time, once I have lived with it for that long and I will be able to see if any of the above opinions have changed – for better or for worse! And if you missed part 1, check it out here (LINK) and weight up your own opinions on this new release from Toyota.