Nissan’s X-Trail has proven to be an undeniable triumph for the Japanese auto-maker. In 2016, over 19,000 X-Trails were retailed in Britain, with an astonishing 760,000 models sold worldwide.

The present third-generation of the Nissan X-Trail has been in the automotive arena since 2013. Now Nissan has freshened it up for 2017 and beyond. 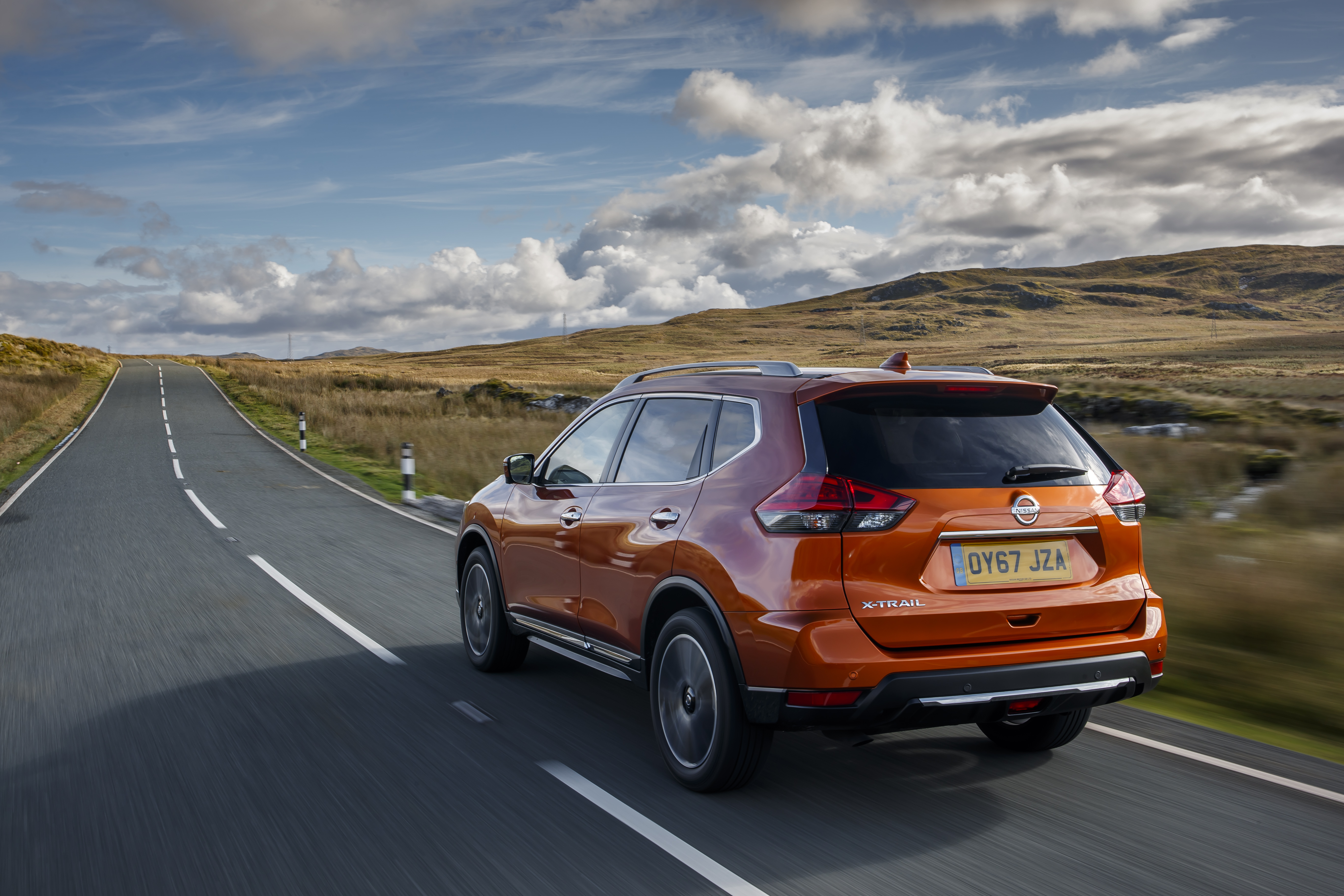 The brand claims buyers will carry on spurning lower-spec models in favour of posher versions. X-Trails, furnished in the firm’s flagship Tekna trim are likely to make up just under 50% of sales in the UK. Mid-level N-Connecta X-Trails will probably pull in another 39%. 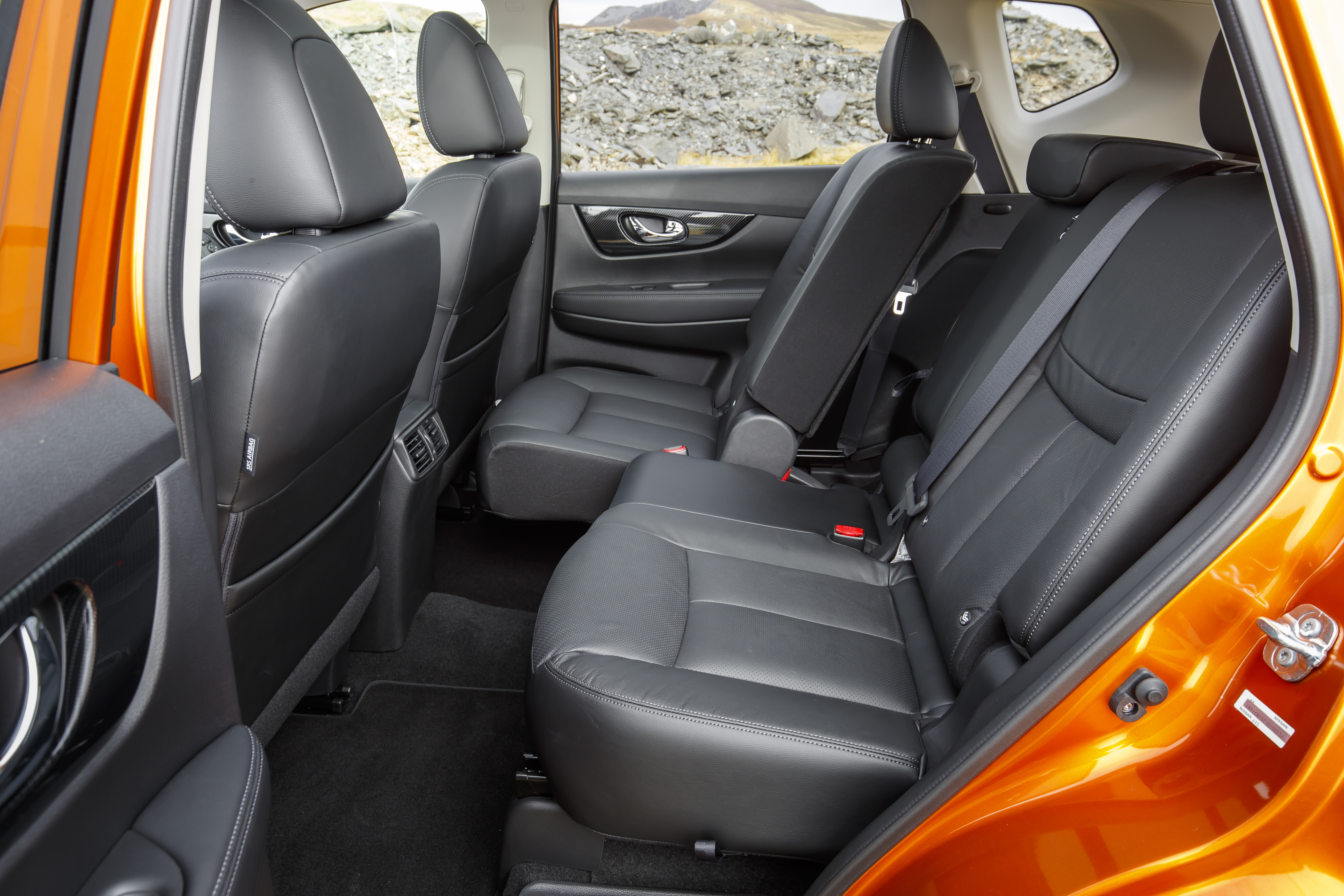 The 1.6-litre dCi is the budget buy of the two diesel versions, with a 1.6-litre petrol also on offer. New engines aren’t part of the modernized car, so fuel efficiency, refinement and power stay the same.

There is a substantial gap in terms of pull between the 1.6 and 2.0-litre diesel engines, though. The quicker 177PS lump is also housed in the Renault Koleos, and when joined to the non-compulsory continuously variable transmission, it’s smoother and stronger than the 1.6. Consumers towing hefty loads may find the larger engine too attractive to disregard. 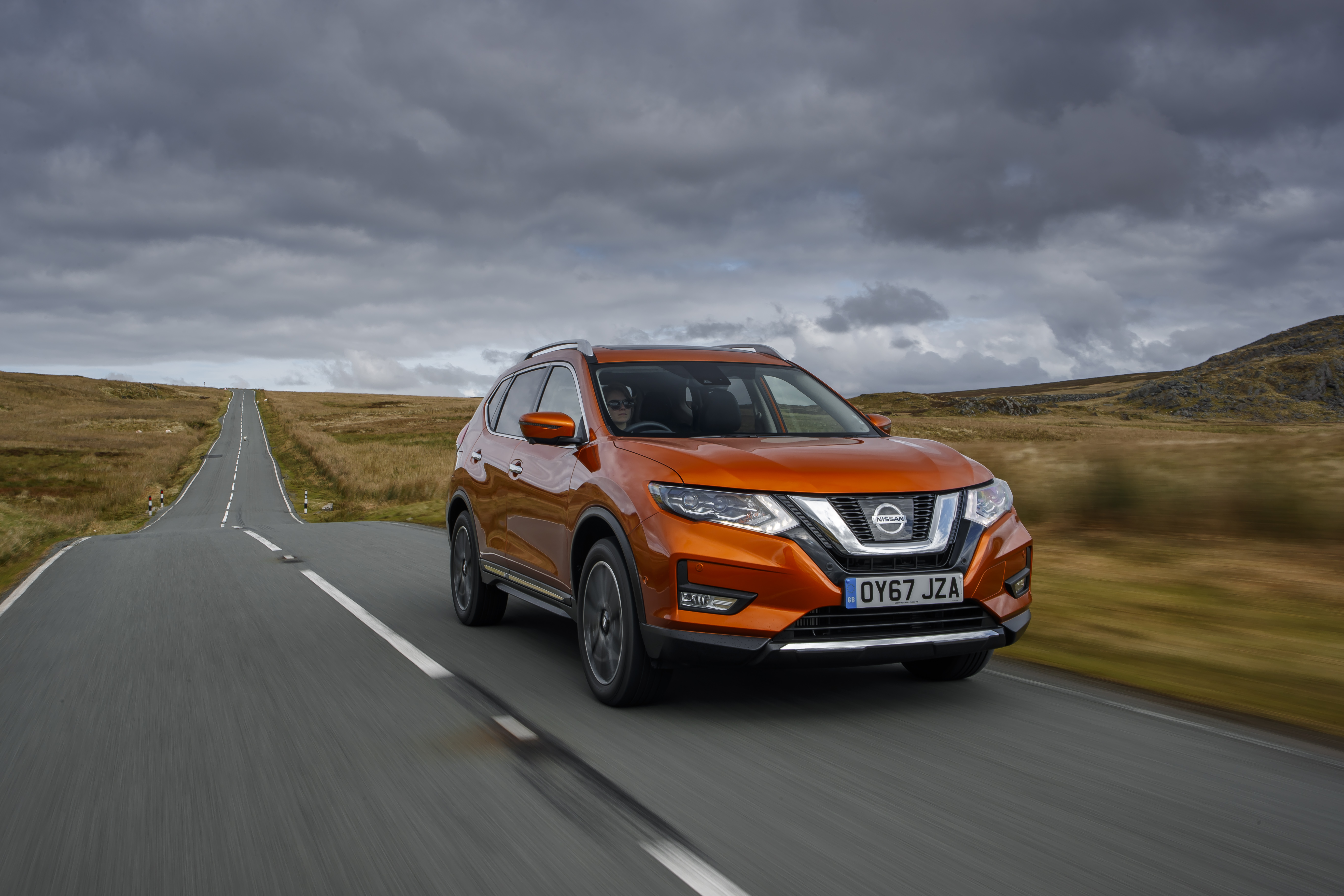 Behind the wheel there are no bombshells. The Nissan has the usual body roll, while the steering is on the soft side. On the move it’s a relaxed cruiser, although it’s twitchy at low speeds. All-wheel-drive X-Trails are accomplished when faced with soft-roading, too, and new elements, such as a renewed hill-start assist system are built with non-tarmac surfaces in mind.

Nissan has carved out 15 litres more boot space, taking volume, with all the seats in position up to 565 litres. Nonetheless, it can’t win against the Skoda Kodiaq’s massive 720-litre cargo space. 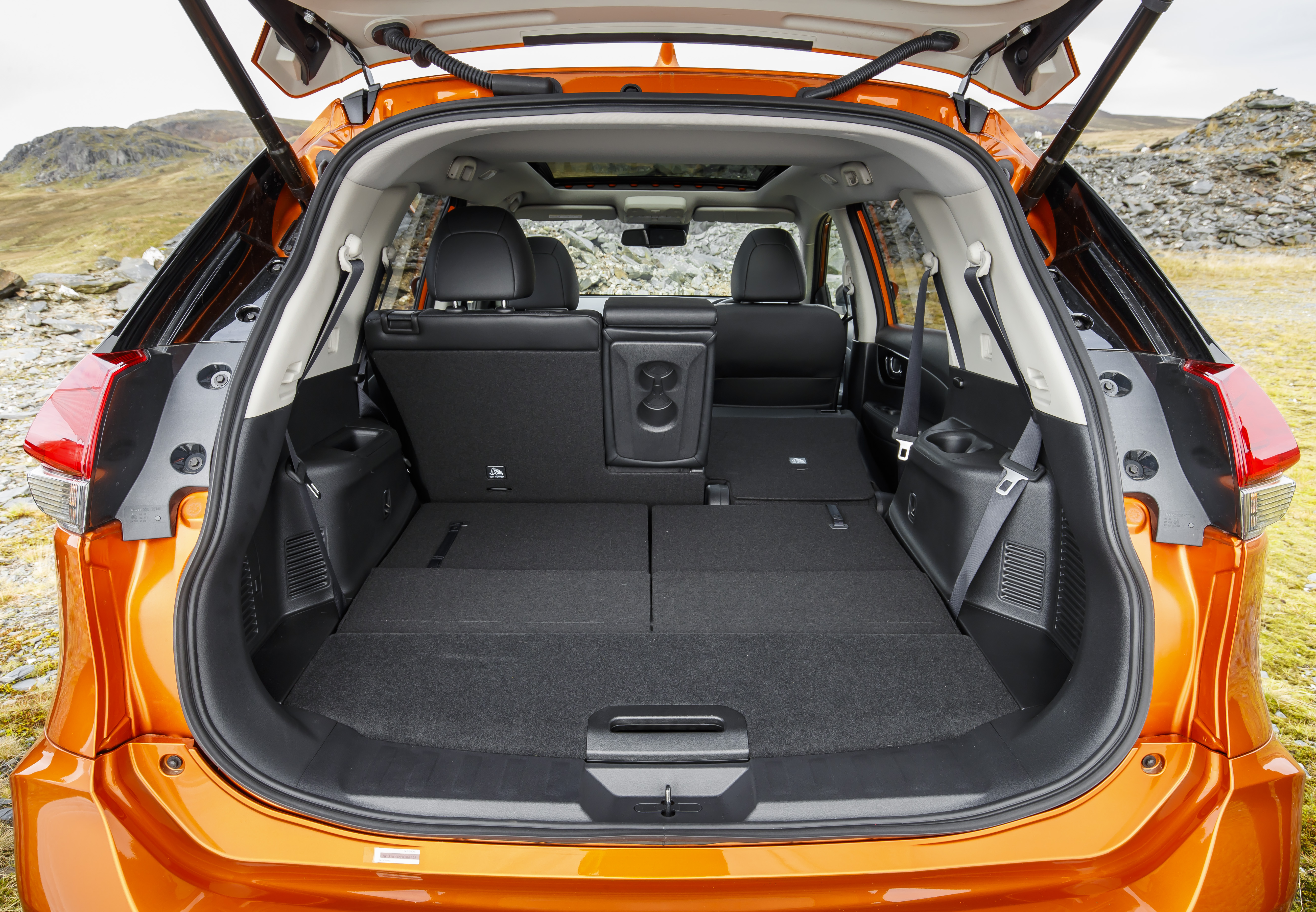 In the cabin, the infotainment screen is too little, with out-of-date graphics, but it’s easy to use and responsive. Fresh materials and a revised steering wheel pep the X-Trail up, although the Skoda Kodiaq feels newer. The Czech-made SUV is cheaper than the Nissan, too. That said, the Japanese company is offering up some tantalising zero per cent finance deals if you can cough up a substantial deposit. 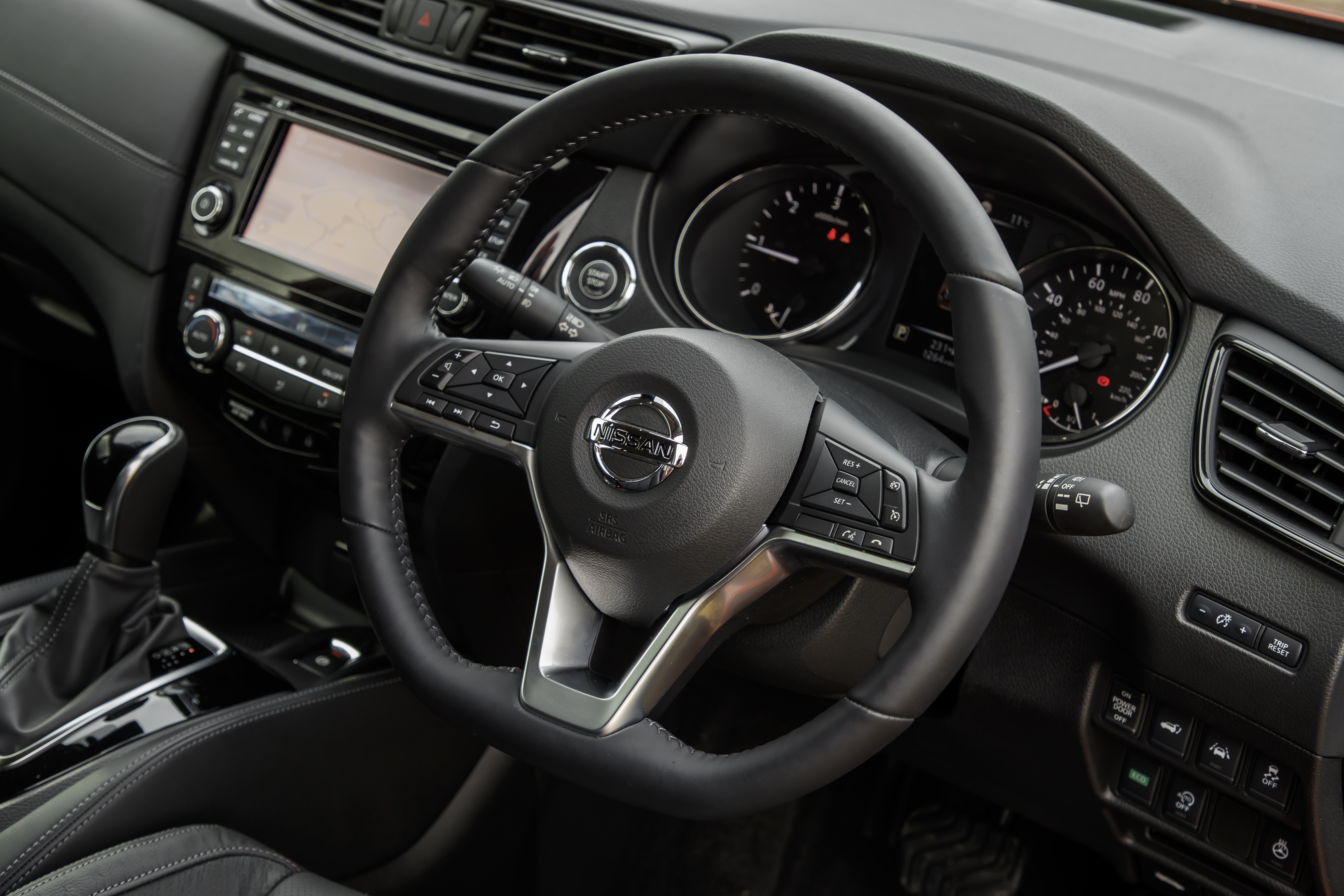 While the Nissan X-Trail is a robust piece of kit, I can’t help feel it’s getting a bit long-in-the-tooth. It’s expensive compared with Skoda’s Kodiaq, and Nissan will have trouble justifying the price before long. It’s certainly a tried and tested car, though – so if you’re prepared to spend a bit more for peace-of-mind reliability, this could be the SUV for you.

Browse our full range of used Nissan X-Trail cars. We offer more choice than any other UK car website