Popular little family-orientated small SUV’s are all the rage right now, and who better to deliver a car for the people than German firm, Volkswagen? It has traditionally always hit the nail on the head when it comes to designing and producing cars that satisfy families. So, here’s another opportunity for VW to show off what it does best – it’s the new Volkswagen Tiguan, and here’s what you need to know about it.

It’s a case of typical Volkswagen here, with nothing in the design department that’s going to rock the boat. It’s safe, it’s modest, and it’s there to appeal to as many people as possible. Perhaps the best thing you can say about the Tiguan’s looks is that it’s a very smart-looking machine. It would fit in to just about any environment – from trendy city locations to rural villages. Of course, it looks best on a suburban driveway though.

When you open the doors and get in, you might notice that the interior is identical to the Volkswagen Golf – VW’s most famous and best-selling car. That’s far from a bad thing, because the Golf has a lovely interior, it’s comfortable, well presented, and nicely styled. 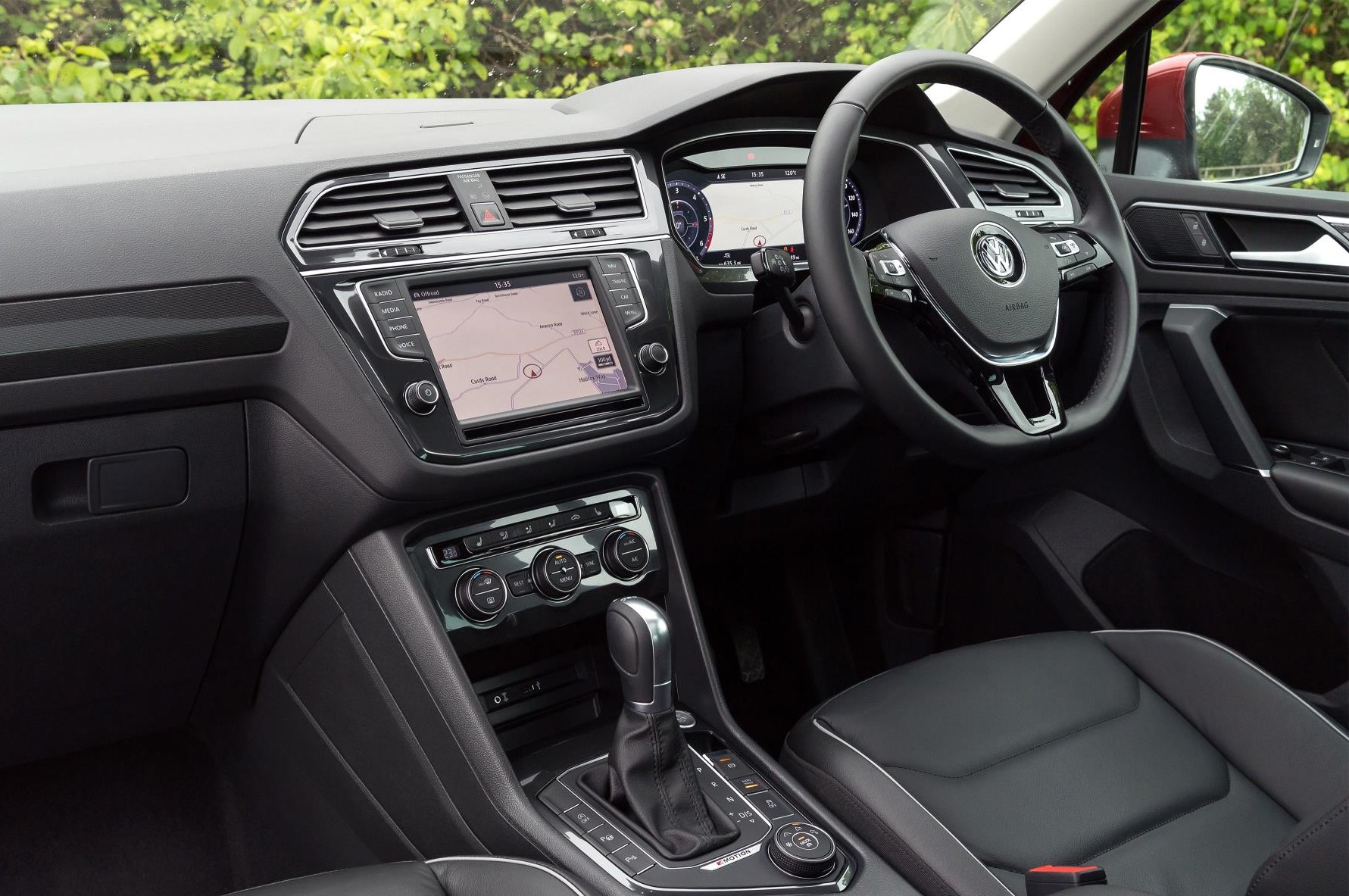 It wouldn’t be a VW product without a good selection of engines, and there are petrol and diesel units on offer here. Drivers who travel under 13k a year will get the most benefit from the 1.4-litre petrol turbo engine. In 150ps form it gets the chunky Tiguan to 62mph in just over 9.0-seconds – a respectable time for a small SUV. The diesel engines are strong performing, but a little bland, and the top-range BiTurbo engine will cost you over – wait for it – £36k. 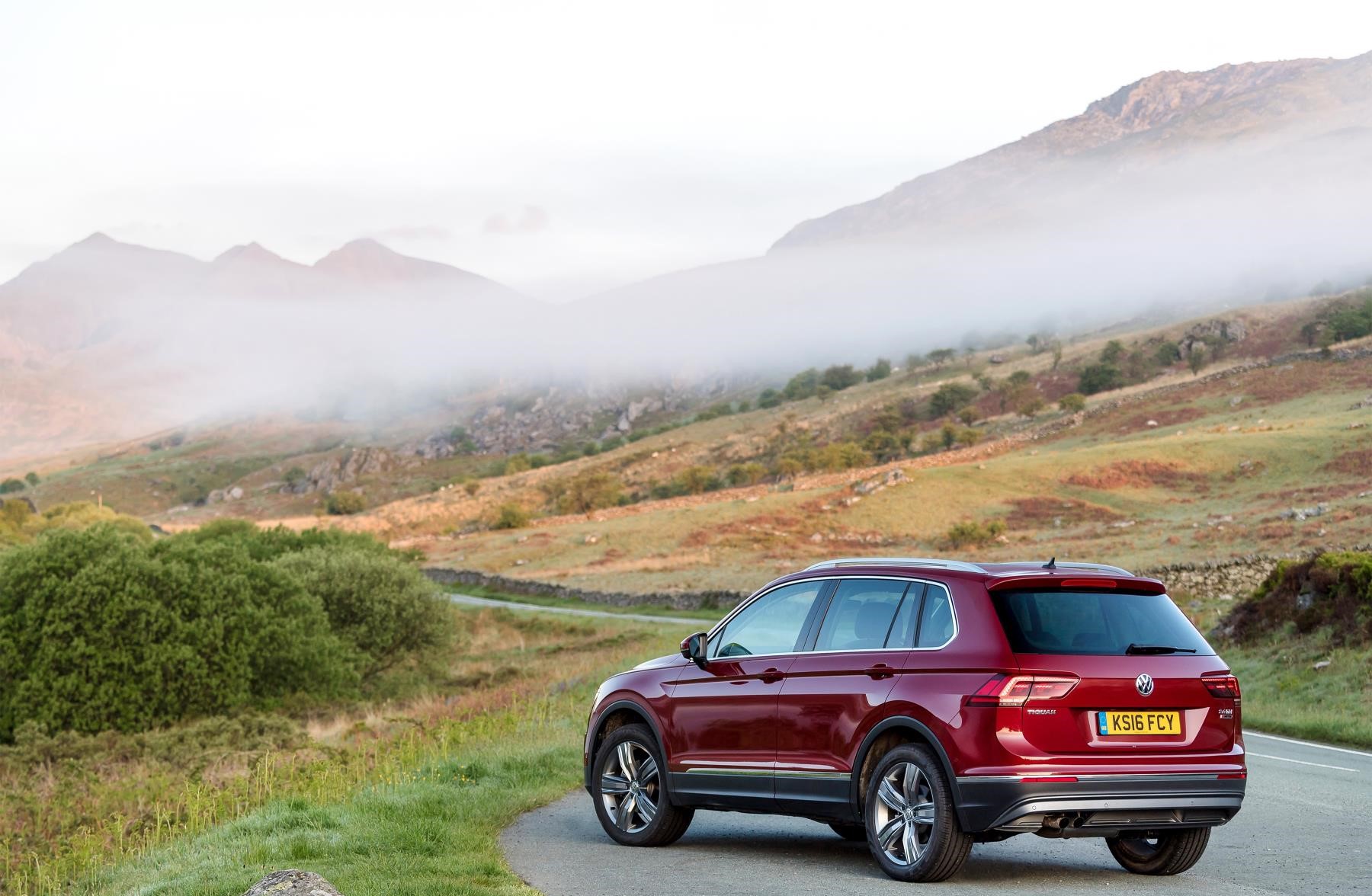 All engines are tuned with efficiency in mind rather than performance, so you can expect decent economy whichever engine you decide to choose. 40mpg+ is quite possible from the 1.4-petrol, and some of the diesel units can hit a claimed 60mpg.

It’s never going to be spectacular to drive, but for a small SUV, it goes about business well. Thankfully, it’s more comfortable than the last generation model, which crashed and banged far too much over rough surfaces and generally didn’t feel all that good on anything other than a perfectly smooth road. The new model isn’t like that – it feels more composed and comfortable overall. Like the outgoing version, it’s still good in the corners too – responsive and with enough grip for quick road speeds, especially in its all-wheel driven variant. 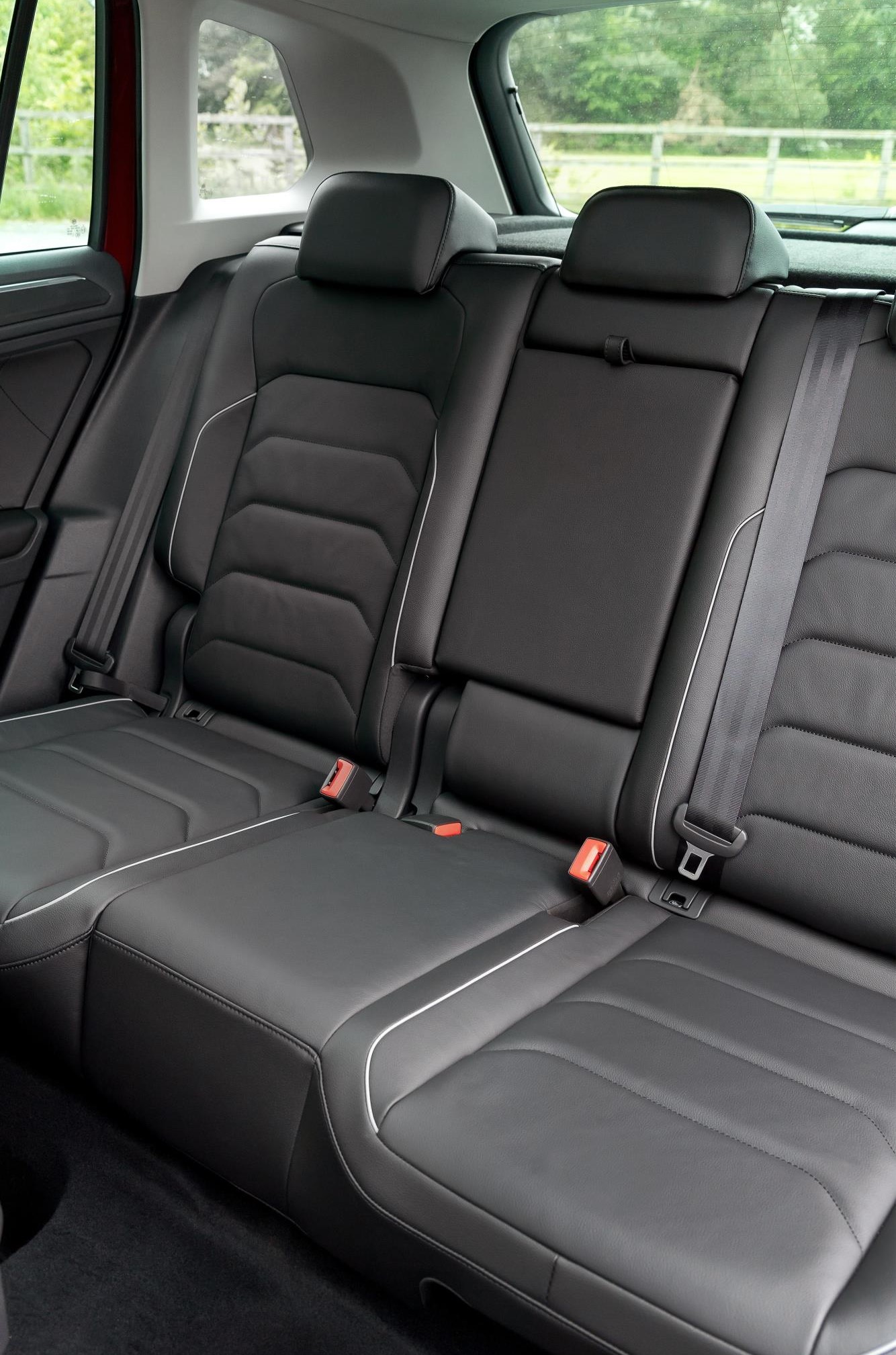 Volkswagen has also made steps to ensure that the human cargo has got a little more space too, which is very welcome in a car designed first and foremost for families. There’s now more head and leg space in the back, and the arrangements with regards to little spaces to keep belongings in is nicely executed.

Unfortunately, being an expensive car, the new Tiguan doesn’t come with a whole host of equipment in its lower trim-levels. This is a problem because rivals can offer a package with more gadgets for less money.

Posh Tiguans will get the digital-dashboard, a panoramic sunroof, 360-degree camera system, ambient lighting and flashy – no pun intended – LED headlights. Just be careful for what you wish for, as it’s easy to spend well over £30,000 with this car.

The Volkswagen Tiguan is a nice car, but I can’t help feel it’s too expensive for what it is, and is very difficult to justify alongside some of the other VW products. Choose the highest-spec Tiguan and options, and you’re getting on for £40,000, and I can’t honestly say this is a £40,000 car. In summary, this is a very good set of wheels with a very heavy price tag.