Ref:EU02XCZSMC Heritage are proud to present what we firmly believe to be the best Mk1 TT 225 Quattro for sale anywhere on earth. This incredible “as new” example is finished in Raven Black Pearl Effect and has covered just over 8000 miles from new in the care of 2 incredibly fastidious owners. MK1 TT (Type 8N) Background:Few cars have managed the transition from concept to production model quite as successfully as the Audi TT. Created by the VW Group Design Centre in California with Porsche firmly in their sights, the concept car was first unveiled at the 1995 Frankfurt motor show. The world was aghast and three years later, even more remarkably little had changed when it made its production debut in September 1998. The world loved it and sales soared, the TT was the boutique car of choice for the late 90’s and early 00’s and a design icon was born Autocar was impressed, describing it as ‘one of Audi’s most engaging machines in recent times… a handling sensation next to its other performance cars… more alive than any Audi we’ve driven since the original quattro’.With a little help from ABT the TT also became a successful racer, Frenchman Laurent Aïello winning the DTM title in 2002 beating Bernd Schneider in the legendary AMG CLK DTM. Another TT claimed 3rd place piloted by Mattias Ekström in the #9 car. The #9 TT-R now lives on digitally as a Grand Turismo legend featuring in every title. Technology and TraditionThe TT name has also been attributed 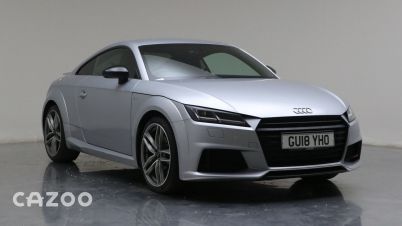