You may have already read my recollections - both good and bad - about the day I picked up my first rear-wheel-drive car, the effortlessly desirable Toyota GT86 in our last article. This review contains my first impressions of actually living with the car.

In the days that followed me picking up my 14 plate gem, I took every opportunity to drive the GT86, finding excuses to just take a drive from one place to another. Driving for the sake of driving had never been something I was very big on – as I always felt that it was fairly cost-prohibitive – but now I just couldn’t stop myself. 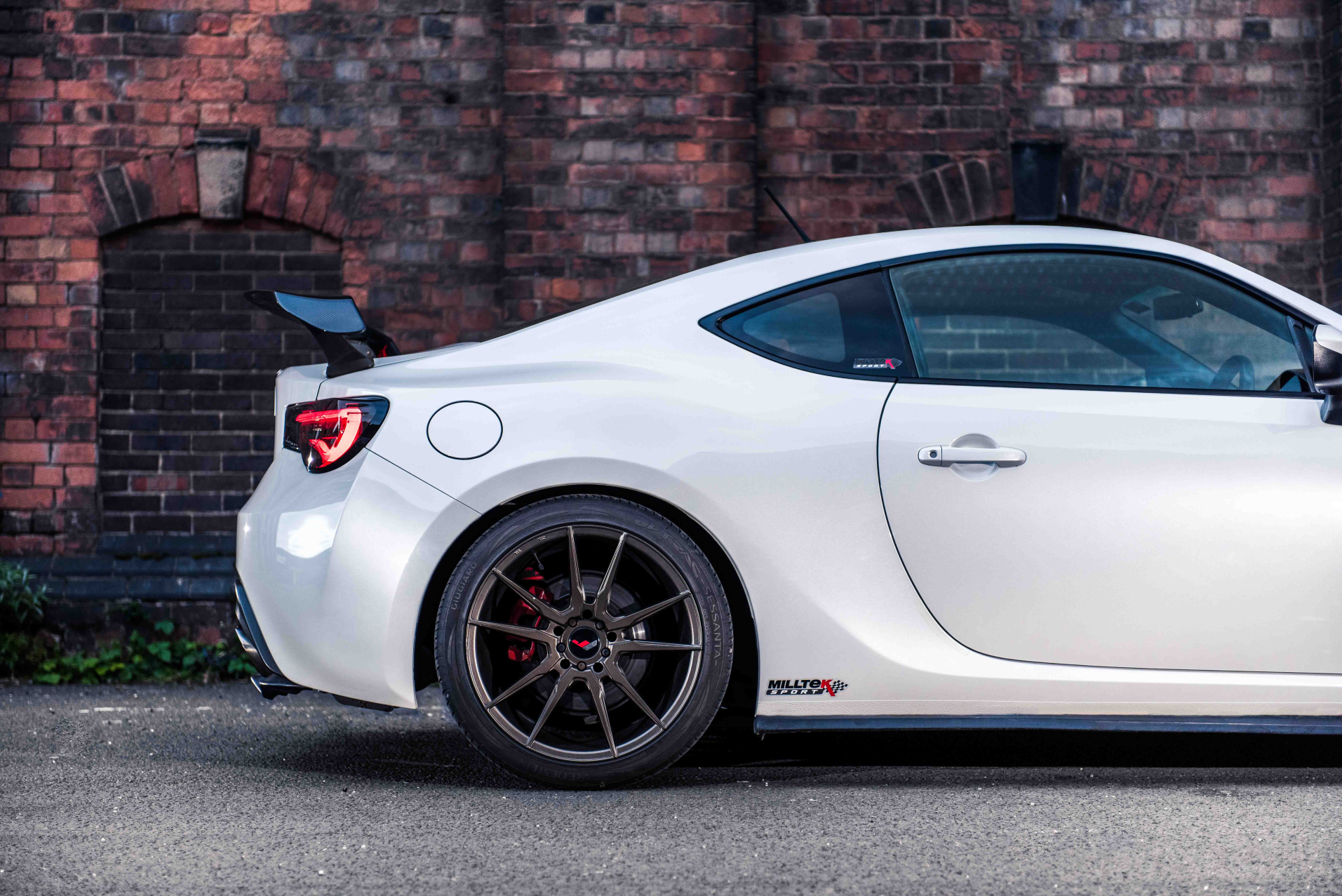 The main thing that I noticed over the next week or so was that the GT86 handles like everyone says it does, like a dream. I’m at the back of a long list of people praising the handling of this car, but there is definitely a reason that everyone says it; they’re right! I had driven plenty of cars at this point – and many more so now – and to this day there are very few things that I would say compare (before hitting Porsche Cayman territory at least, and given the price difference I would say that is a solid complement to the Toyota Chassis).

Worth noting: A Porsche Cayman costs in the region of double that of a Toyota GT86; and whilst the two aren’t a fair match for an out-and-out comparison, the very fact the GT86 matches it for pure handling joy, steering feel and sheer intuitive controllability is extremely impressive.

The feedback you get through the steering wheel tells you far more about what is happening on the road than I was used to; and I was surprised about how quickly it became an essential part of a driving experience for me – for example when I drove a friend’s Fiesta ST a few weeks later, one of the first flaws I noticed was an obvious lack of information coming through my hands! (That isn’t to say the ST doesn’t have its own long list of ticks in the ‘plus column’ of course!).

The handling, the balance, and the nimbleness of this seems to have been achieved by Toyota through the following recipe:

Jargon Buster: A Limited Slip Differential (or LSD) is a mechanical or electrical way of ensuring that the maximum amount of engine power is diverted to the wheel that has more grip – and consequently reduces the amount that the opposing side wheel is spinning. LSD’s are the antidote for “One Tyre Fire”.

On the flip side though, another thing I had noticed was the tyres. Now if you have read anything else about the GT8686 / BRZ twins, then you will know that the tyres are one of the major points of contention (I will mention the other later *cough* underpowered *cough*). Some say that the tyres are perfect for the car because they are skinny and make it easier to get the car to slide about wagging its tail – and I see their point, I really do. My experience of the tyres was that they were extremely easy to intentionally overwhelm – which is a good thing, but unfortunately what they don’t mention though is that they feel as if they are made of wood (specifically Pinewood, think fairly soft wood, but wood nonetheless). However, I wasn’t about to change 4 tyres with plenty of tread left when in the back of my mind new wheels were on the cards; so I decided to just stick it out and make the most of the extreme tail-happiness (despite the intermittent unpredictability).

A few days later (several drinks in at a bar with friends – and of course a taxi the preferred choice of transportation for the evening) a road trip was planned. An opportunity to properly learn about the nuances of the car, on many different roads that I had never been on before; and if i’m honest, the chance to generally fulfil a long-time dream of a convoy-style road trip with my mates. 4 cars, 4 days, and just over 1100 miles. 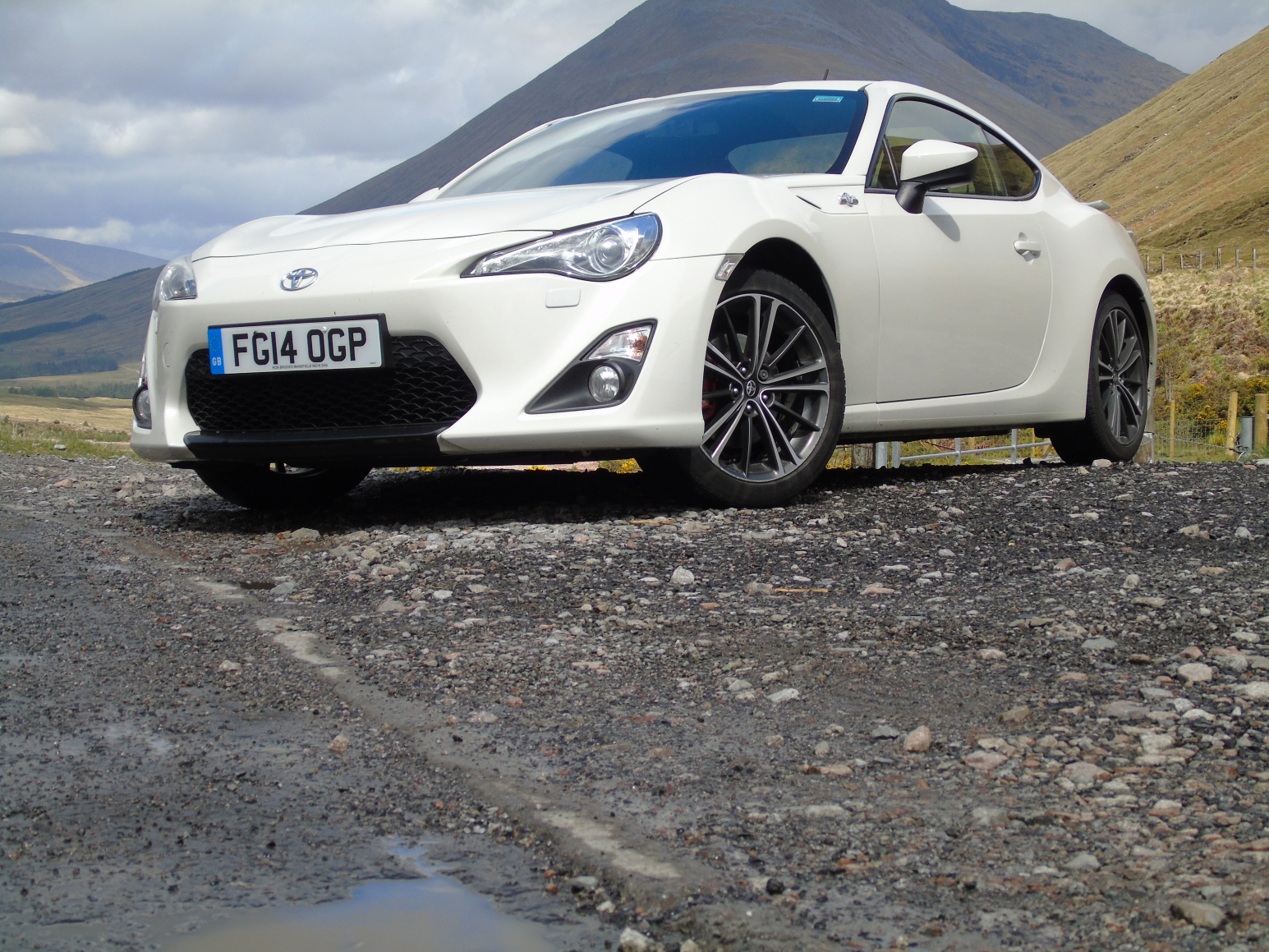 From the Midlands where we all lived, the plan was to drive to Aberdeen on day 1, take the famous A82 up from there to Inverness, then back down to Edinburgh, and finally back home.
A story of rain, sliding (in the rain), amazing views (when the rain occasionally stopped), and great pictures – but above all, the realisation of a dream for anyone who loves driving.

Check my next article all about the highs or lows of our GT86 Road trip.

About Carsnip
Carsnip is the UK’s largest used car search engine, with over 500,000 dealer sold used cars across the UK. We operate a natural language search engine, to help you find your perfect used car, and narrow down the choice by what’s most important to you.
Click here to view our results for the GT86 – and feel free to change the filters to help you find the perfect used car in your area!

About the Author
Sam Wardega is a freelance car journalist working on behalf of Carsnip.com.
A lifetime Petrolhead who started with Hot Wheels aged 2, and now just spends his life savings on owning his dream cars. As they say, boys don’t stop playing with toys; they just get bigger and more expensive!