A used 8 seater makes sense if you need a large vehicle with more than enough room for eight people and loads of luggage.

Although it might look quite like a van on the outside, the Viano offers an upscale variant on the eight-seater. 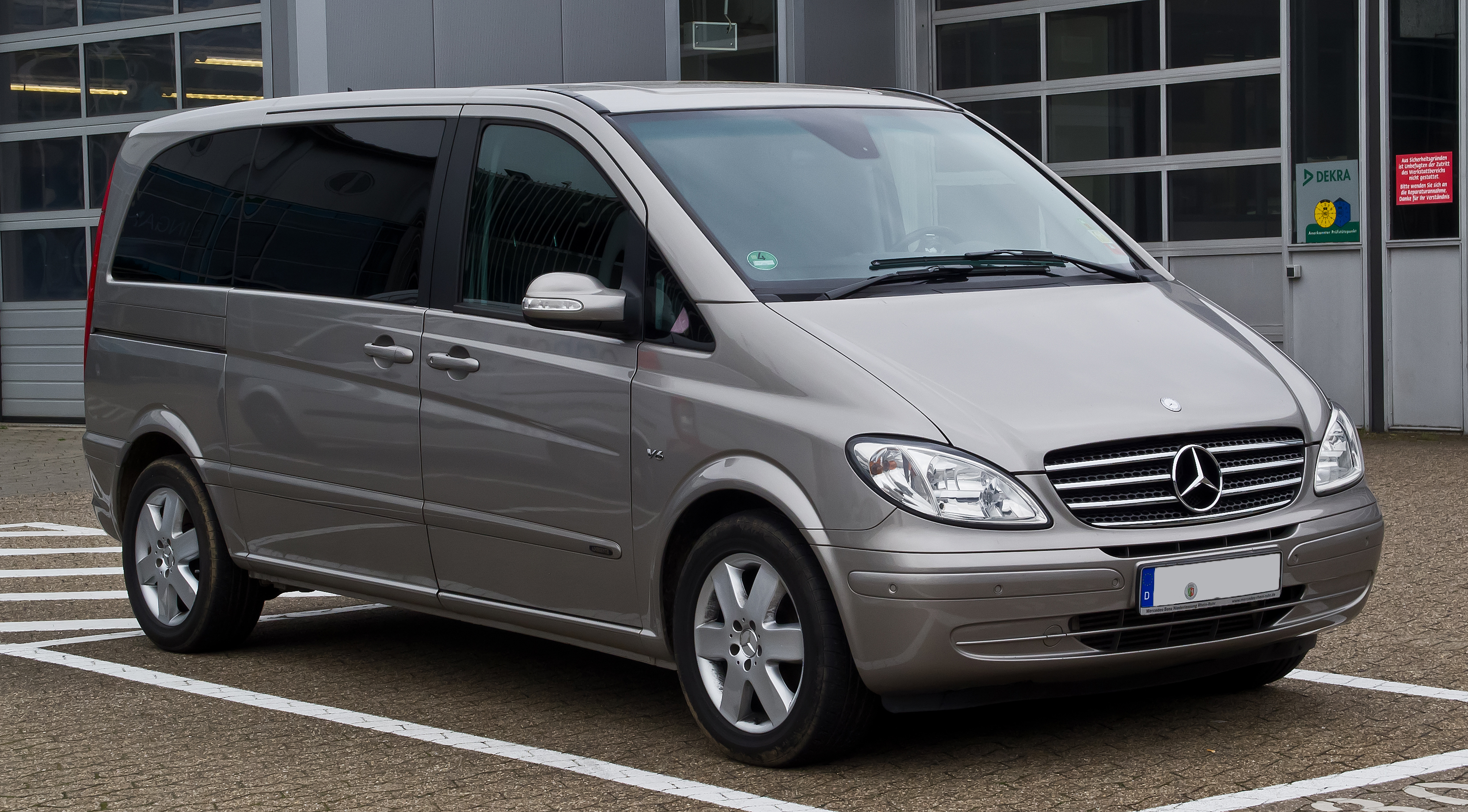 The interior is undoubtedly comfy, plush and has an upmarket feel to it. It’s got eight seats like armchairs, and it’s possible to vary the setup of these to make, for example, a mobile office with table setup, or seats with footrests. The Ambiente trim delivers the highest level of quality and luxury, but remains practical.

The Viano is quite a versatile vehicle – it’s possible to choose between regular, long and extra-long wheelbases. There’s also a choice of three engine sizes – between 2.0-litre and 2.2-litre diesels and a 3.0-litre petrol. The entry-level 2.0-litre will return 38mpg, which is certainly admirable for a vehicle this large. If you’re after boosting the performance, a V6 variant will deliver 221bhp and is capable of 0-62mph in 9.1 seconds.

As it’s such a large vehicle, we’d suggest opting for a Viano that has parking sensors, otherwise you might struggle!

The VW Caravelle has been around in one form or another for decades, with the most recent model launched in 2015. Like many vehicles in the eight-seater market, the Volkswagen Caravelle is based on a van: this is essentially a VW Transporter with windows and seats. 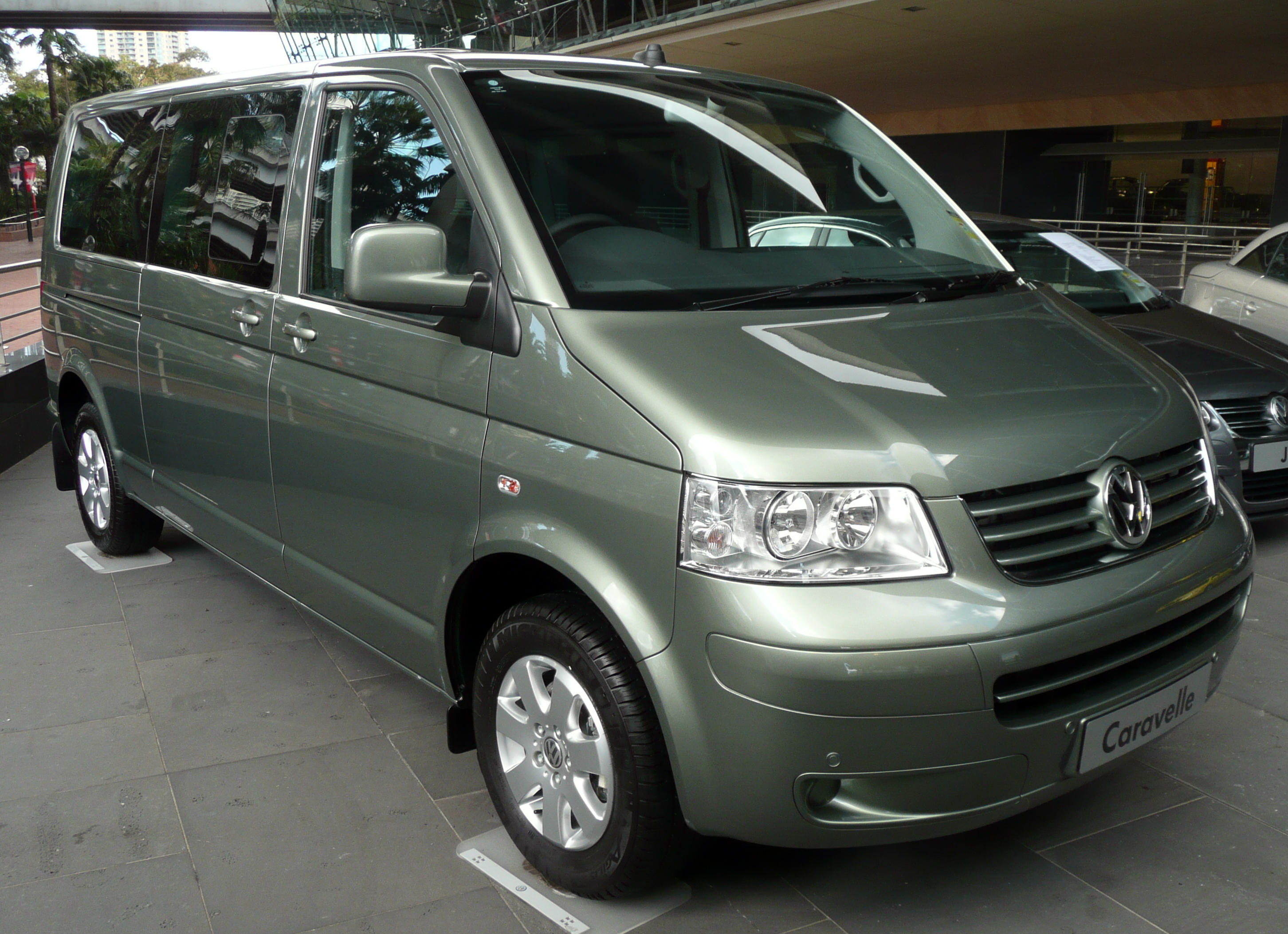 Launched in 2003, the 2010 Caravelle improved on this earlier generation and should be the one to look out for. It significantly improved the interior, leaving it plush, comfortable and with a genuinely high-class feel.

It’s powered by a 148bhp 2.0-litre turbodiesel, which provides ample performance for a vehicle of this size, and which means it’s capable of carrying a trailer weighing up to 2500kg. Compared to earlier versions of the Caravelle, the engine is noticeably smooth and quiet.

It’s unsurprisingly very spacious inside, with ample room for eight adults and luggage. With higher end trim, the Caravelle is one of the more upmarket eight seaters, with features like three zone climate control and roller blinds. In terms of quality and luxury, it’s a vehicle matched only by the Mercedes Viano in this class.

The Caravelle is often rated as among the most reliable MPVs, meaning you can buy with relative confidence on the used market. For a more upmarket way to carry around eight people which remains practical and reliable, the Caravelle’s an excellent choice.

This Peugeot Expert Tepee is the eight seater passenger-friendly version of the Peugeot Expert van, and since being introduced in 2006 hasn’t seen much change. 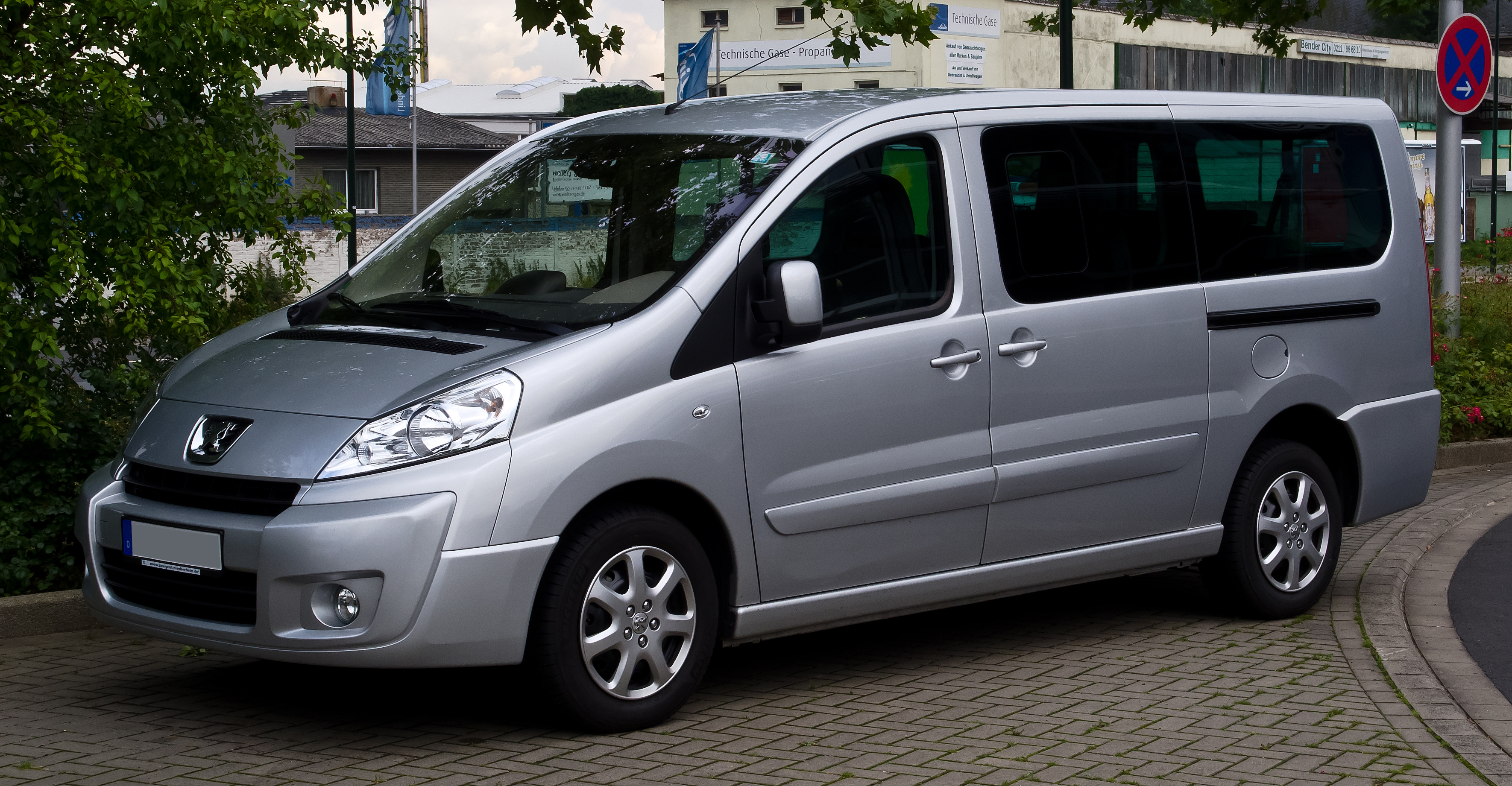 The Expert Teepee was on sale until 2015, so it’s best to find a model from 2011 onward on the used market, just for the sake of a smaller mileage.

It’s capable of seating nine passengers in armchair-like comfortable seats, with massive boot space to spare. The ability to remove all but the front two seats also leaves you the option of having a truly cavernous loading space, too.

There’s two body styles: the L1 and the L2, which is significantly larger at 17 feet long, and gives you nine seats and a 553-litre boot. Each is available with a 2.0-litre diesel engine and a choice of 97, 126 or 161bhp. All except the 161bhp option are manual. Additionally, there’s two trim options available – Comfort and Leisure, although both come with features such as air conditioning and steel wheels.

The L2 Expert Teepee (97bhp) takes the coveted position of being one of the slowest-accelerating vehicles on the market in the UK: it does 0-60mph in 20.7 seconds! Nonetheless, speed’s not likely to be your main concern with an eight seater. With a refined ride and plenty of space, the Expert Teepee will seat eight or nine people in comfort.

In what can be a relatively boxy-looking class, the Toyota Previa offers a more stylish take on the eight seater. 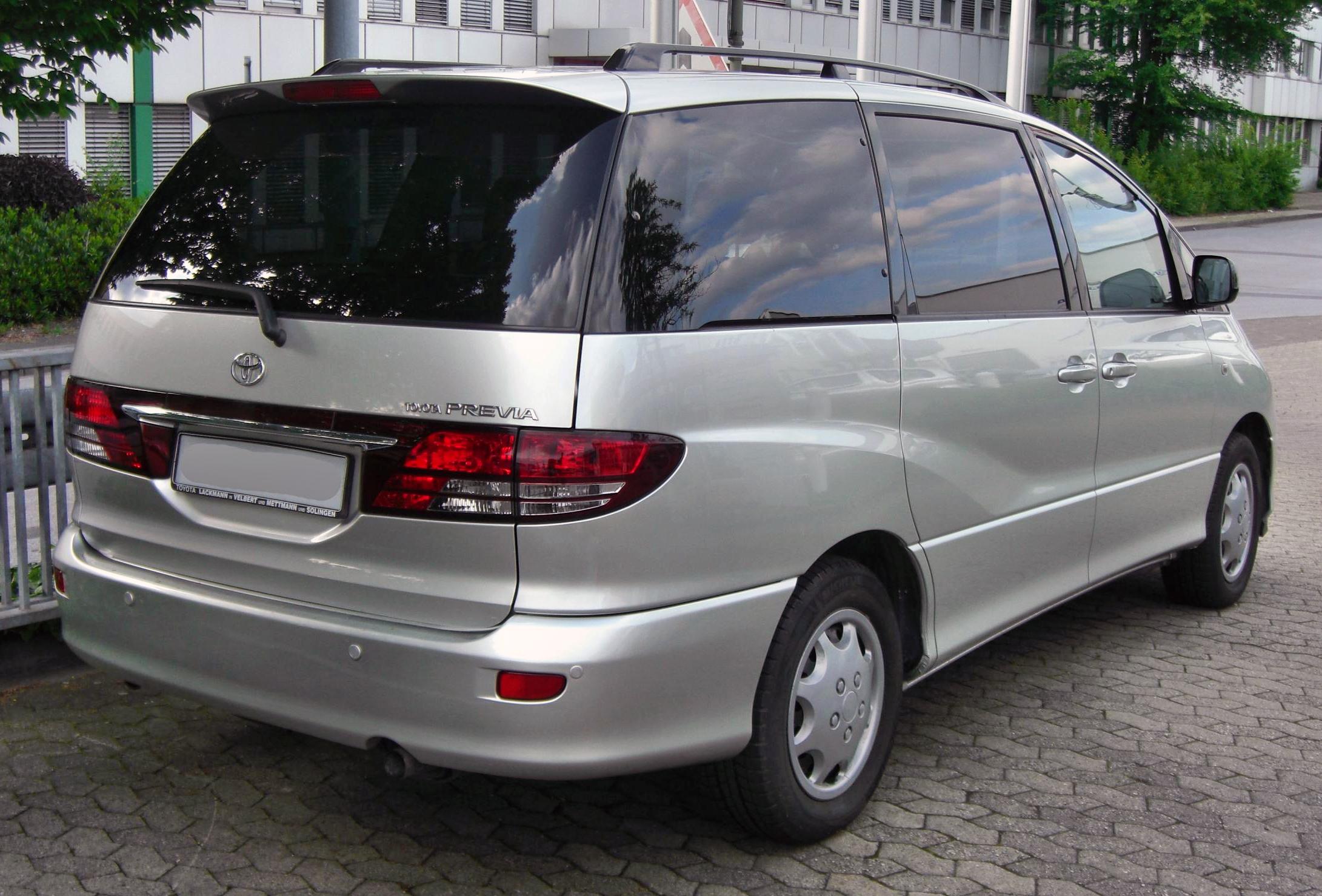 The first edition of the Toyota Previa was launched in 1990, and the second generation appeared in 2000 and was available until 2007. Although it’s an older vehicle, even the 2000 models can sell for £7000 – this is a reliable, well-built and popular large MPV which remains sought-after on the used market. Keep an eye out for the later end of the range.

The second generation thankfully offered a diesel engine, which considerably improved economy to around 40mpg, which isn’t bad at all for a vehicle that weighs two tonnes.

Inside, the Previa is a comfortable and roomy vehicle, with plenty of space for eight adults and luggage. The T2 model has eight seats as standard, whilst the T3 has a choice of seven or eight, and the T Spirit has seven seats. All models in the second generation have great safety features, including side airbags, anti-lock brakes, brake assist and ISOFIX child seat mounts.

The Hyundai i800 is a huge vehicle available at very reasonable prices, particularly on the used market. 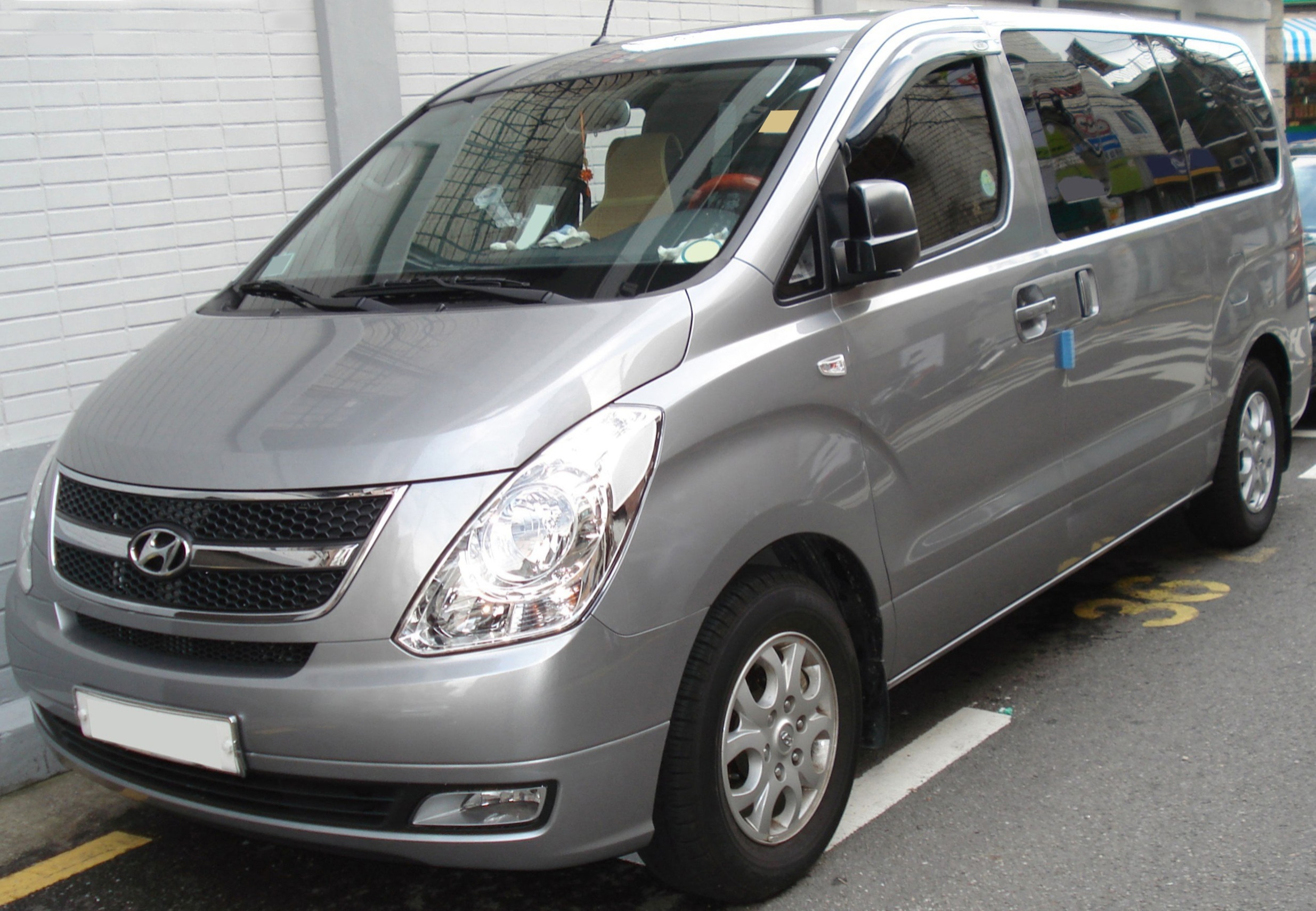 It’s over five metres long and two metres wide, but despite this, it’s surprisingly good to drive: it handles well, generally feeling more like a car than a large van. It’s got a decent turning circle, and the steering is precise.

The i800 is only available with a 17bhp 2.5-litre diesel rear wheel drive engine, which will return 33mpg. The vehicle had a facelift in 2013, introducing six-speed manual or five-speed automatic transmissions.

Although the exterior appears boxy, and some elements of the interior are a bit on the plasticky side, the i800 is available at such relatively low prices that it’s difficult to complain. This is simply a practical, massively spacious vehicle, which makes great sense as a used purchase.

These vehicles are all excellent choices if you need a car that’ll ferry about eight people as well as all their luggage. Find the perfect used 8 seater on Carsnip today!