If you’re looking for a Vauxhall Corsa, what you should you look out for?

The Vauxhall Corsa is one of Britain’s most popular superminis and has been around since the early 1980s, where it was sold in the UK as the ‘Nova’. However, our first true Vauxhall Corsa arrived in 1993, and since then it has been a big hit with drivers aged 18-80. It has been sporty, it’s been frugal, and now since 2014 it’s also been better than ever before. So, if you’re looking for a Vauxhall Corsa, what you should you look out for?

The 2014 Vauxhall Corsa is known inside the industry as the Corsa ‘E’. It is the current Vauxhall Corsa that is in production at the factories as you read this, and the most modern, stylish, and refined Corsa produced to date. There’s a reason you see so many of them out on the road. They are affordable, fun to drive, practical, and efficient. They’re also reasonably cheap to insure, which means they make a good car for first-time buyers and young people who have recently passed their driving test.

In engineering terms – don’t worry, we won’t go into detail – it’s very similar to the generation that came before it, but it benefited from new technology and better styling, as well as a slightly refined steering and ride control. 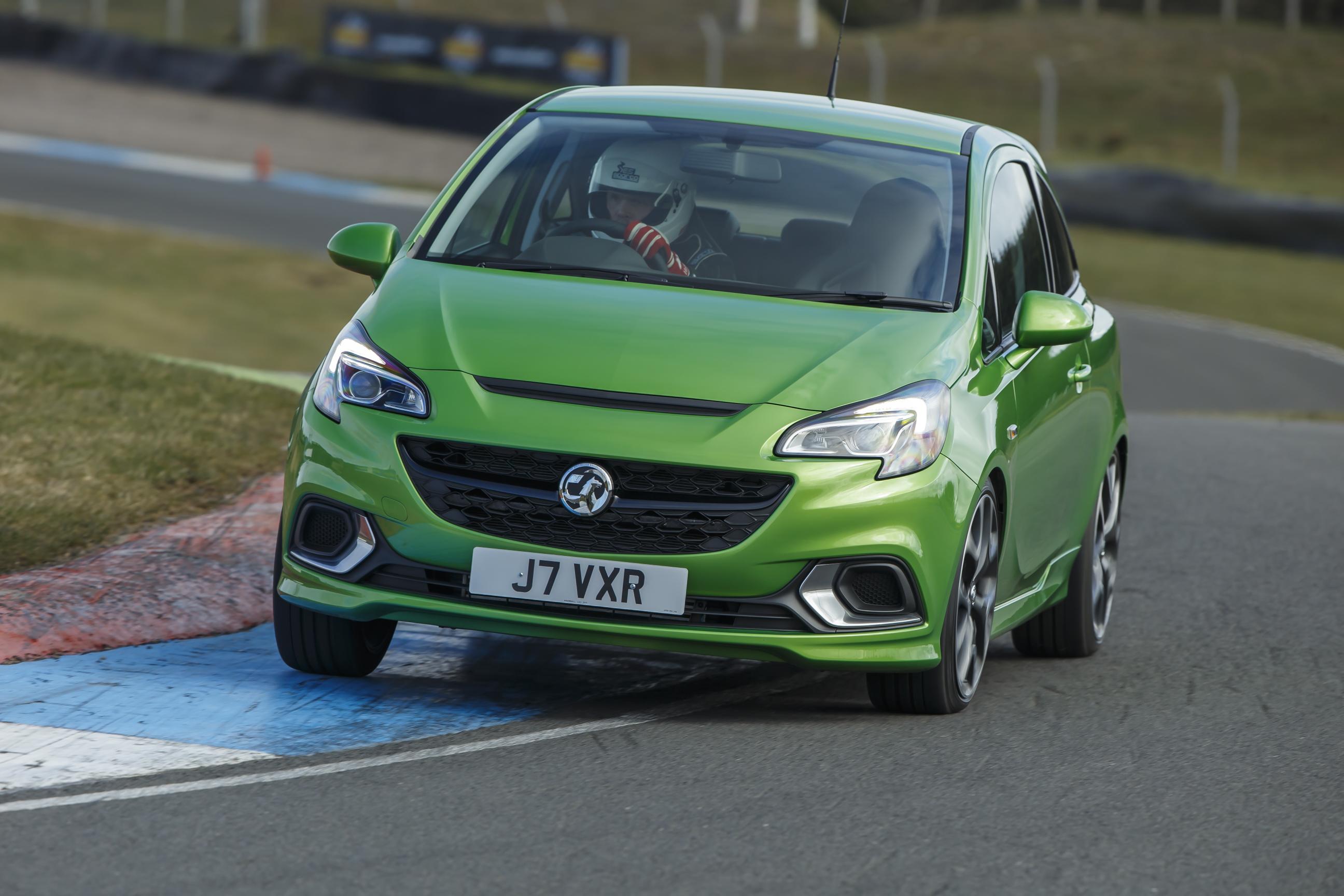 Because the Vauxhall Corsa is a fairly light and small car, it doesn’t need powerful engines to feel nippy. Modern engines are almost all equipped with turbo-charging now, a technology that improves power and efficiency. As a result, the Corsa performs pretty well when it comes to driving enjoyment, but it also doesn’t kick you in the wallet for fuel costs.

Our favourite engine is the very modern – and very tiny – 1.0-litre turbo petrol engine. It’s a miniscule little unit, but in its most powerful form it produces the same amount of power as an older, larger engine. Also, it makes a rather sporty noise, due to the fact it only has three cylinders. If you behave yourself, you’ll get well over 40mpg from it, too. 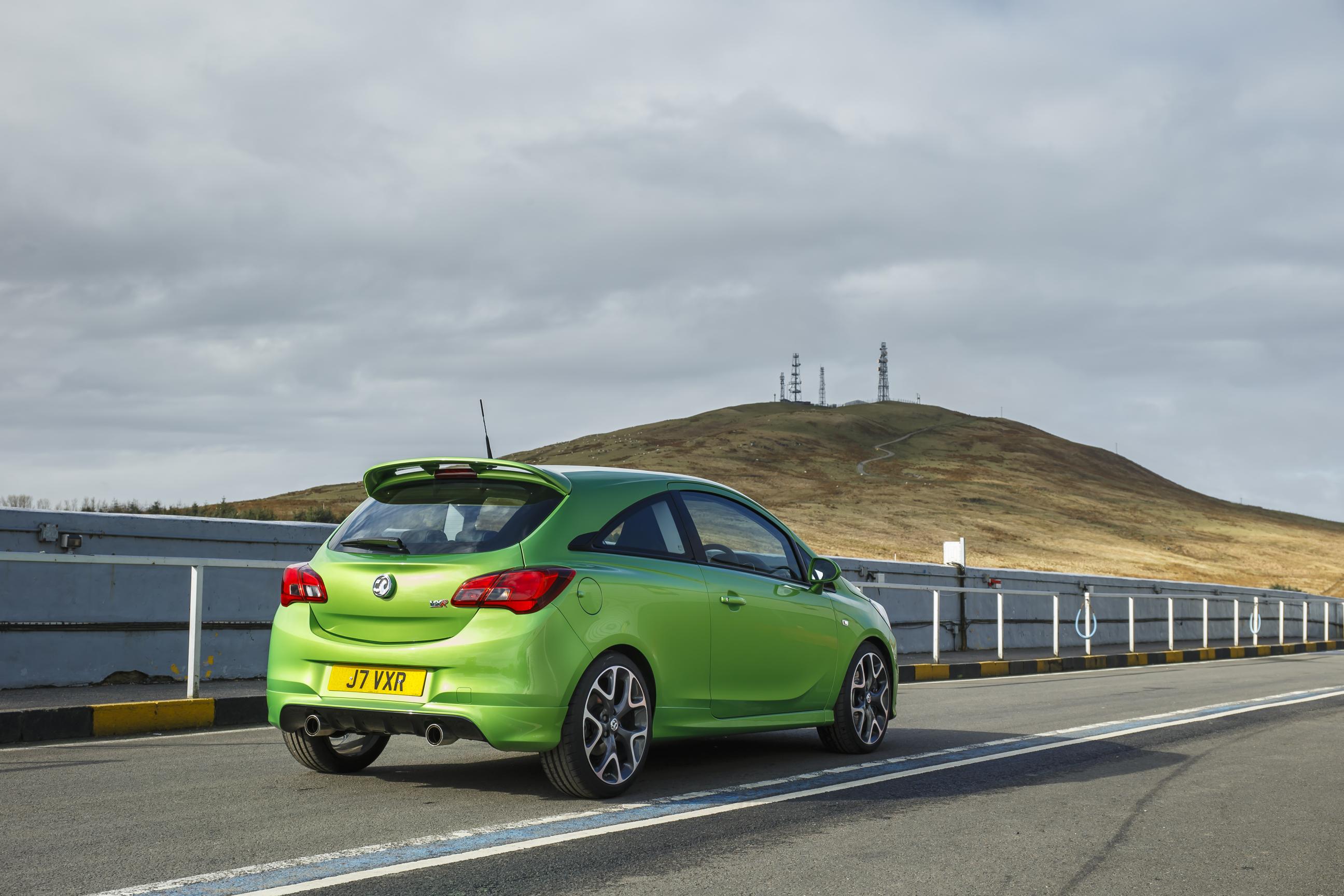 For buyers who cover more miles, there is a diesel engine on offer that comes in two power outputs. We’d say try and go for the 94bhp version, as this engine is somewhat slow anyway, and a few extra horses under the bonnet won’t set you back much in the way of miles to the gallon.

Now, gather round, petrolheads. We’re going to tell you about ‘VXR’ – the sportiest type of Vauxhall. Yes, there is a VXR Corsa, and yes, it’s fast – over 200bhp fast. Beware, petrol consumption may suffer, but the fun factor will be through the roof! 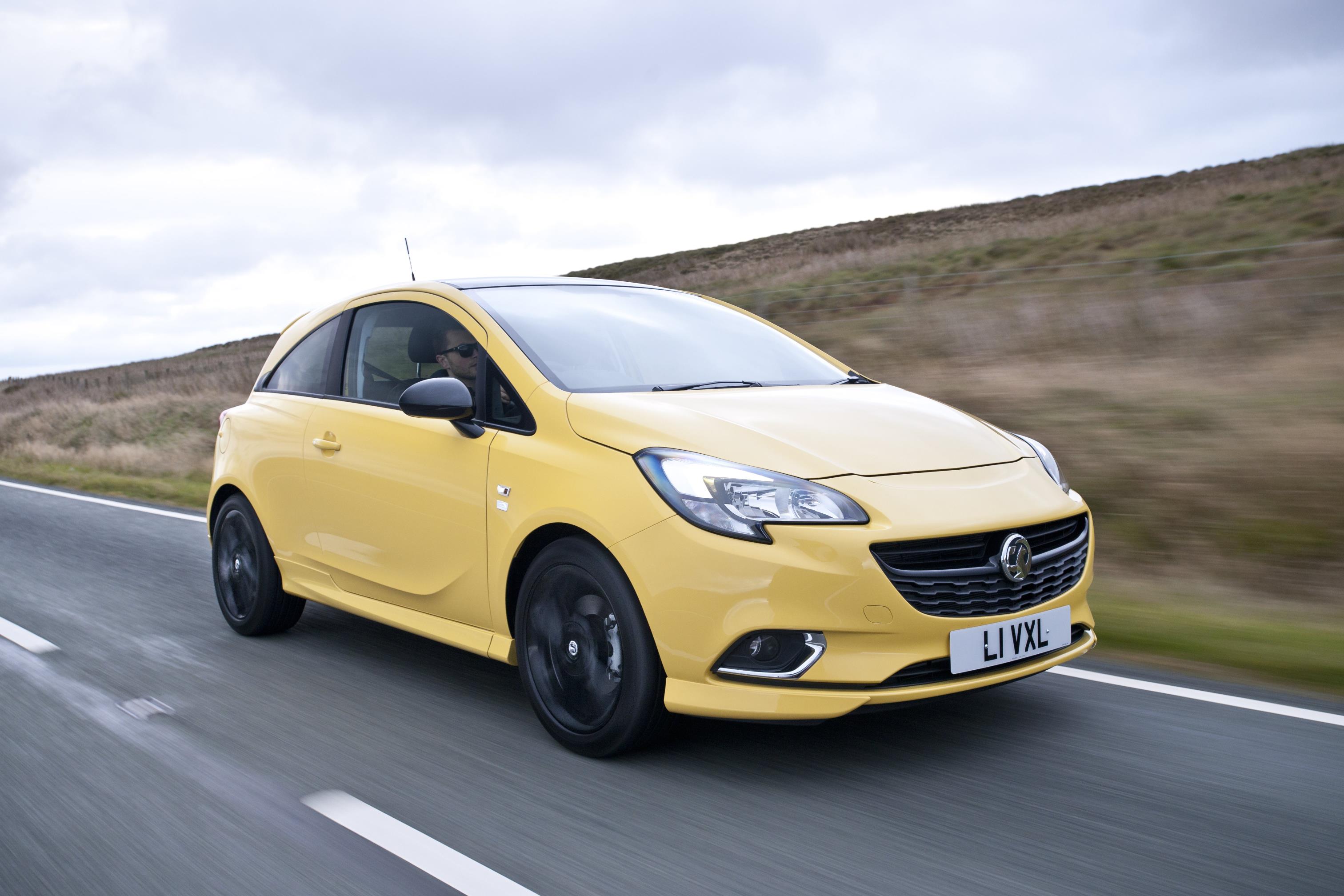 It is a sensible family hatchback that behaves in a moderately sensible way. Even the super-sporty VXR version can still behave like a normal Corsa when it wants to. There is just about space for four adults, but those in the rear won’t have the most comfortable of journeys, so it’s a space best reserved for youngsters, or short-of-leg adults on fleeting trips.

The boot is acceptably big for a car of this size; there is 285-litres of room back there, so enough for a small shop at the supermarket or a couple of bags for going away with. It is obviously not a car designed for the loading of large objects or big quantities of stuff, but it’s great for nipping around town and getting things done. As such, it is probably best suited to couples or single people. A family might well struggle.

As a modern car, technology is quite important so there is a useful infotainment system which can connect to smartphones that run on Apple or Android software. This means the system can mimic your phone and you can use voice control to use apps like Spotify, which is a lifesaver on long journeys! 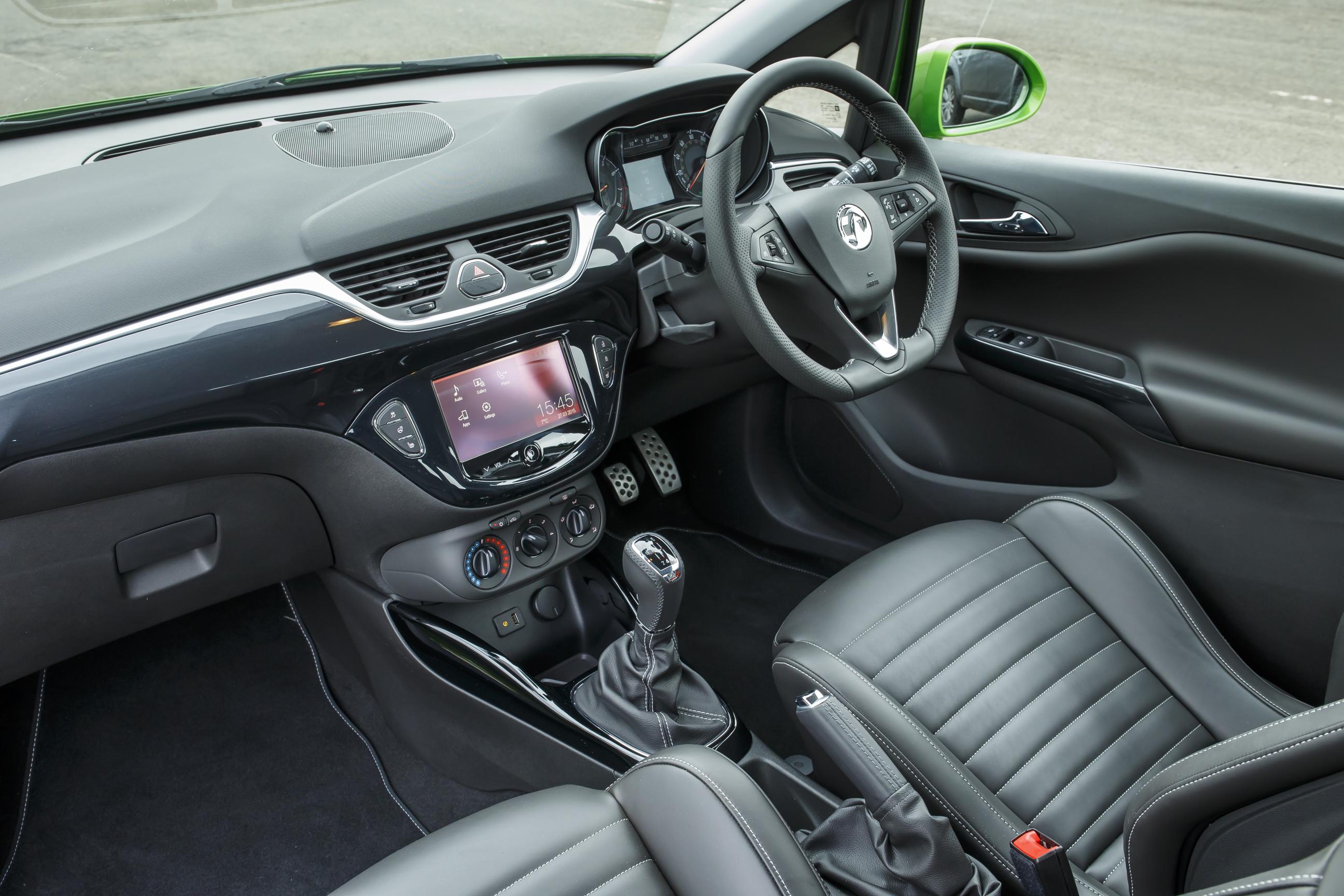 The cost to run a Corsa is actually pretty good, because the engines in the Vauxhall are efficient and the car is quite light, so it’s pretty hard to actually score bad economy figures from it, even when driving the car hard. Naturally, the little 1.3-litre diesel engine will return the best stats for efficiency -and the cheapest road tax – but the super-small 1.0-litre petrol engine we mentioned earlier will score numbers not far off what a diesel engine can do. The trick is driving it saintly enough to score well!

Vauxhall doesn’t have a great reputation when it comes to vehicle reliability. There have been various issues with its models over the last few years. Therefore, the Corsa isn’t expected to fare all that well as time goes by. Unusually for a modern car, the Vauxhall Corsa only scored four out of five stars in the Euro NCAP crash tests, so perhaps its biggest negative point is the fact it isn’t as safe as it should be for a modern motor. 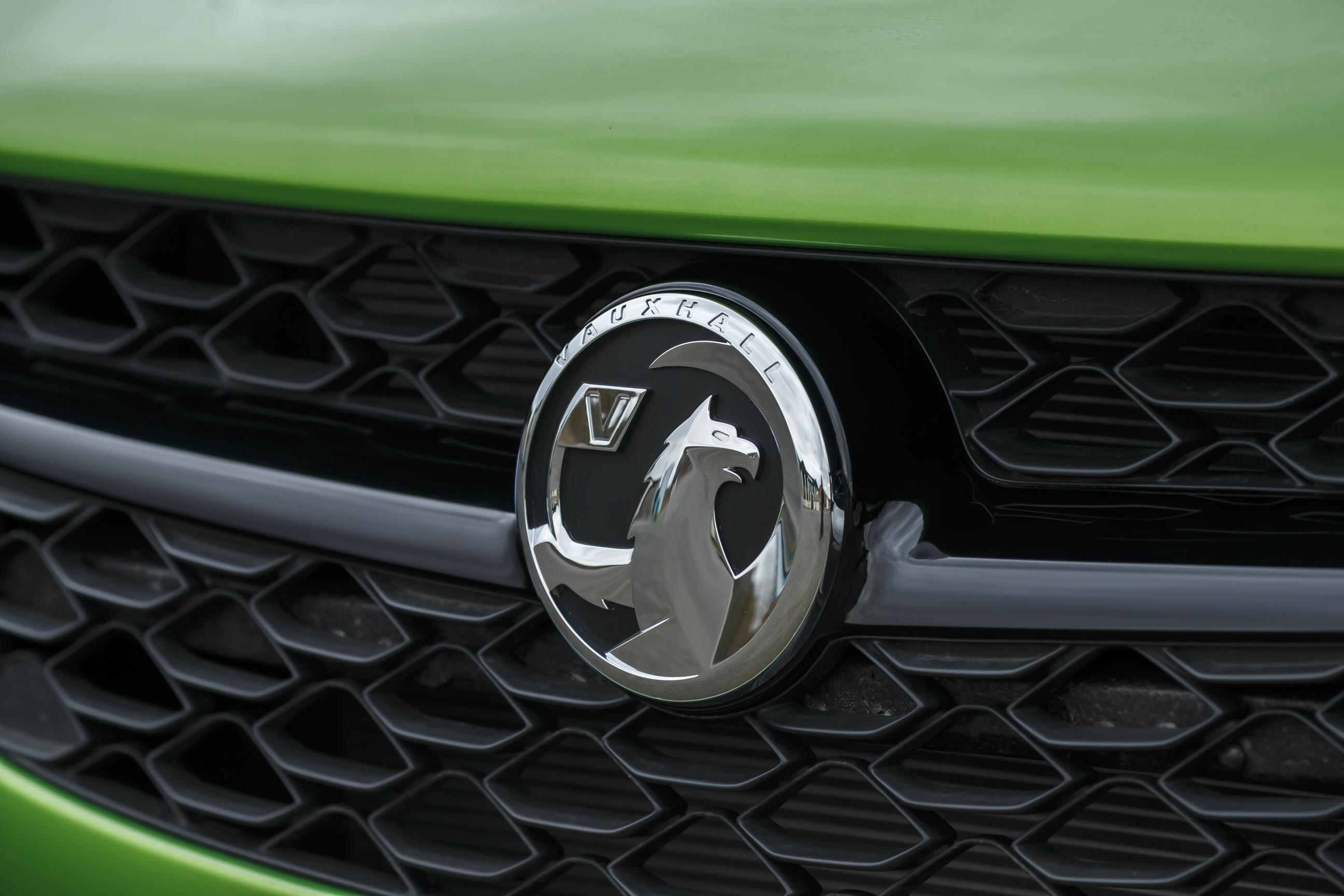 We always advise using the following link to check for any recent recalls. You know, just in case something happens after we’ve written this: https://www.gov.uk/check-if-a-vehicle-has-been-recalled. 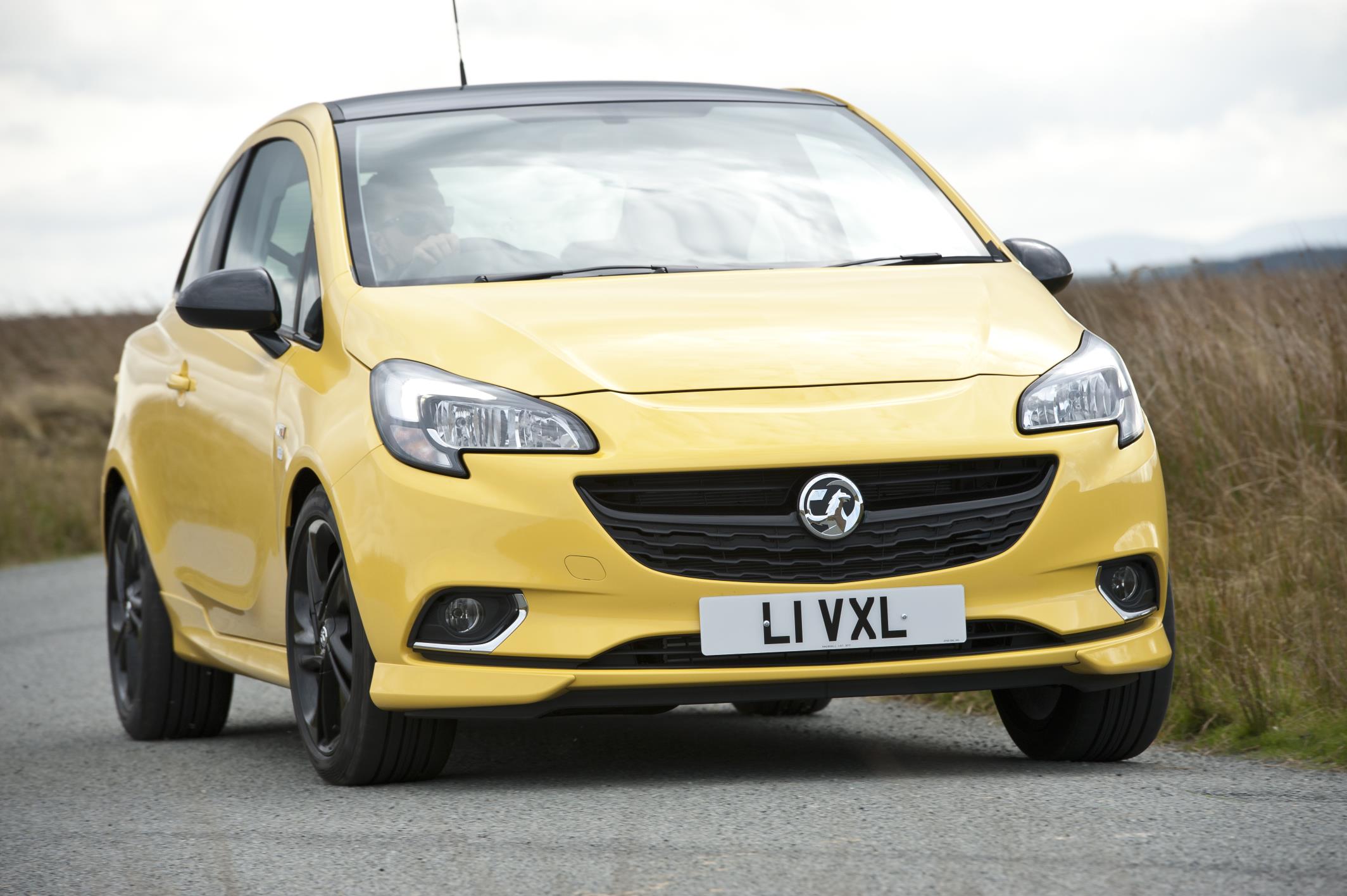 The Vauxhall Corsa is perhaps a little unfashionable. Certainly, if you were out to impress somebody it’s probably not the car you’d choose, but most people aren’t like that anyway. They want a solid, dependable, efficient small car that can do all the little jobs they need and not cost them too much money. As it’s cheap to insure and inexpensive to run, this makes the Vauxhall Corsa a good bet for many.