Living with a Hybrid (Pt1. The Bad)

Hybrids. The tech is here; it exists and is now at a point where it is actually worth buying. Or is it? Well, I’ve spent the last month with a brand new Toyota Corolla GR Sport 2.0 litre (1.8 also available), and here follows some of the major standout points from my time with it. I’m going to call this feature “Sam’s Rants & Raves” – since that’s pretty much what I will be doing, the rants being the bad, and the raves of course being the good!

Not all of these things are of course specifically to do with the car being a Hybrid – some are things that feature (or don’t) on cars across the market. 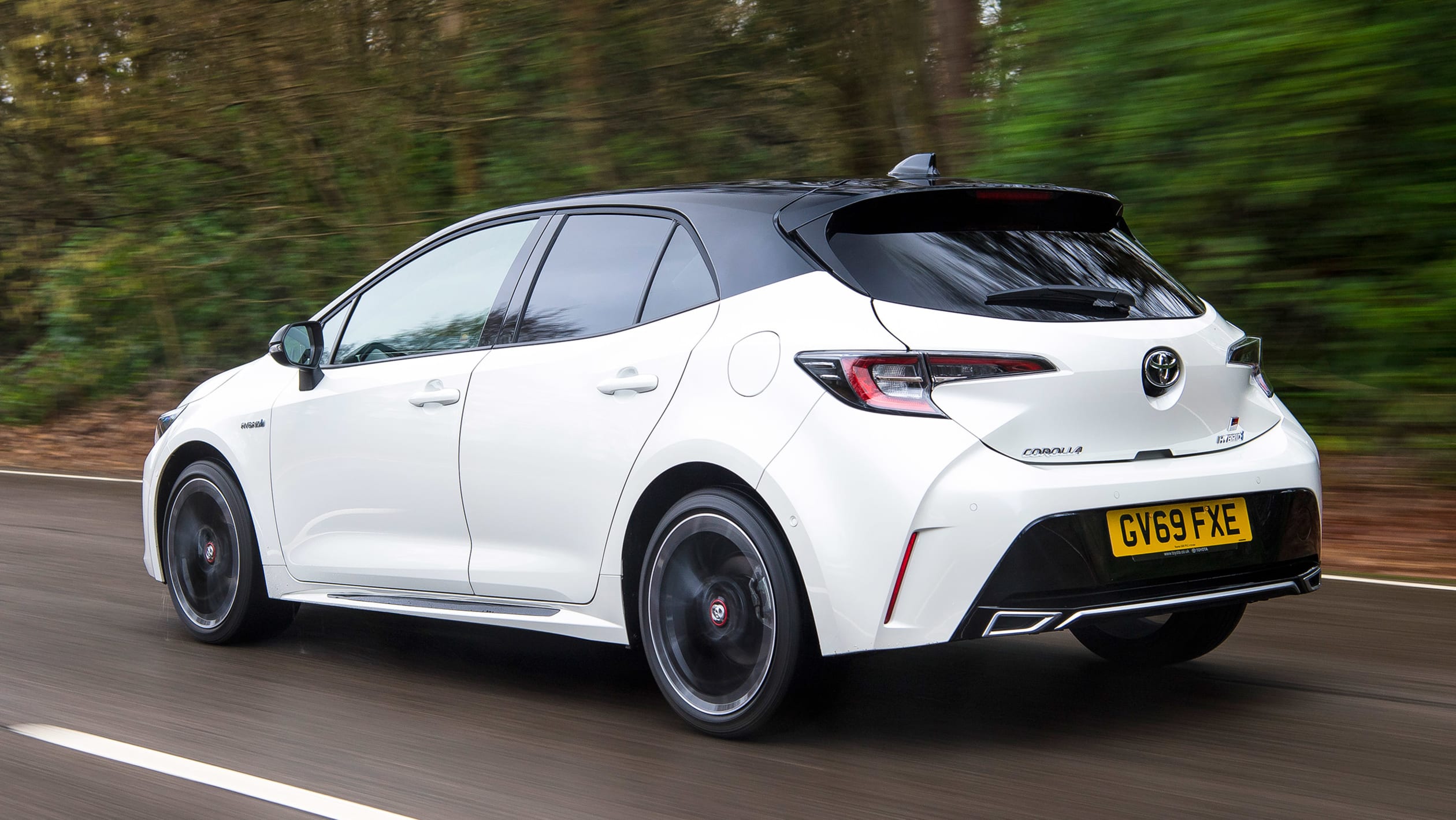 Let’s start with a big and important one – fuel economy. Hybrid systems are specifically designed to improve fuel economy (and of course subsequently reduce the impact on the environment), so one of their major selling points is that they can return excellent MPG scores. However, you have to remember that just because a car can return a certain MPG figure in a hermetically sealed factory somewhere; is absolutely no guarantee that you will see the same level of return in the real world!

Simply put, the Corolla claims an excellent 54.3mpg (combined cycle). My experience over the last month has not exactly lived up to that though… as you can see in the picture below, no matter how hard I have worked at driving like the proverbial ‘Miss Daisy’ I have not been able to get the average economy above 38mpg! Now full disclosure; I am used to driving much more powerful cars and do suffer from a touch of ‘lead foot syndrome’ (I’m not sure if that’s a real thing or not, but if it isn’t then it should be!). In an all-singing all-dancing new age hybrid, in combined use with me actually trying to drive economically 95% of the time, I was expecting at least a figure in the mid-40’s?! Frankly, I am disappointed! 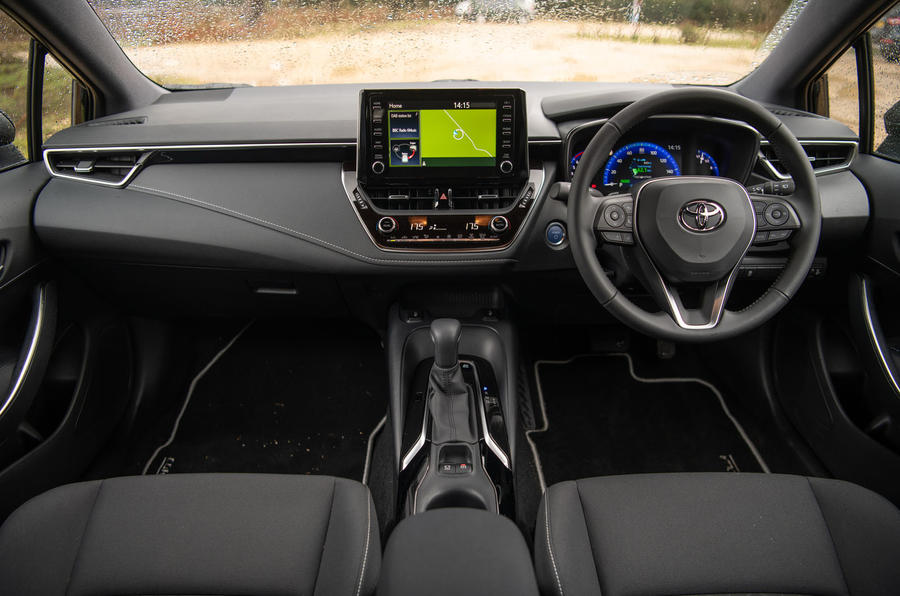 Second on the rants list comes the name – bear with me, this is more relevant than it sounds! ‘Corolla’ – fine. The ‘GR Sport’ bit is the part I take umbrage with, and for one very simple reason. It doesn’t feel in any way ‘sporty’ when you put your right foot down and get a bit of a shift on, particularly when you introduce it to anything even resembling a corner. Don’t get me wrong, the 2.0 electrified petrol engine does pull fairly hard in a straight line; it throws out 184bhp – i.e. just enough that it doesn’t feel like it’s struggling to drag its own heavy body along. But, as I alluded to just above, the excess weight required to make a car a hybrid really ruins the experience when you reach a corner – it simply feels unwieldy. I would make a comparison to a barge, but honestly I wouldn’t wish to insult the barges! (A slight exaggeration? Maybe, but seriously the soft suspension – which yes is very comfortable, see my raves later on – means that the excess weight of the car just never feels on a twisty road). Confidence is not a feeling I took away from a B-road blast the other day. But back to the main focus of this rant, don’t give a car a name like ‘GR Sport’ if it doesn’t have any actual credentials to back it up – and no, I’m afraid the (admittedly very lovely) sporty trim, seats, and bodykit don’t count as actual credentials in that sense!

UPDATE After a midnight drive down some twisties last night; I have decided to soften the above rant by admitting that actually the Corolla grips fairly well when in sport mode and you are really pushing the envelope! Whilst my opinion of the sensation of driving it hasn’t changed – it still feels upsettingly wayward when driving this way – BUT I was actually pleasantly surprised by how well the car traction control catches it as it starts to slip, allowing you to push on in the direction you intended rather than into the nearby hedge!

*Takes deep breath to calm down*

Third on the rants list is something that ironically I haven’t had cause to complain about on a car in recent years at all, not since the yellowy pathetic candle-like lights from cars of the noughties (and earlier)! The headlights on this Corolla are absolutely shocking, both in dipped and full beam modes. Seriously, I wish I was exaggerating this one, but I’m really not. I was driving home in the dark the other night, through a rural section of the country where there are no streetlights, so my full reliance was on the lights of my brand spanking new car. No worries I thought – headlights these days on new cars are often bright enough to replicate that scene from Indiana Jones: Raiders of the Lost Arc (points awarded to anyone who knows which scene I’m referring to!)*. However, I have to say unfortunately I was afforded no such feeling of safety – even with the full beam on I could barely see more than 15-20ft in front of me – which as I’m sure you can imagine is fairly treacherous on a country road in the pitch darkness! Now I’m so concerned by this the car is actually booked in to be examined by Toyota, as I cannot believe this isn’t a fault specific to my actual car. I will update this article once a conclusion to this matter has been reached.

*Visualisation of people melting from beams of holy lightning, for those of you who dint get the reference!

My final rants I will go through more quickly, so here goes:

Of course there is more to say than all that, but I have to try and draw the line between things where I genuinely feel that Toyota have let themselves down on, and things that just drive me mad (Manually adjusting seats for example, on a car priced at point where I would expect electrically adjustable seats to be standard. So we will leave it there for now, and I will take another deep breath before we look at the raves (honestly, I do have some positive things to say too!)

Check out Part 2 where we go through the many great positives of the Toyota Hybrid and all the things we Rave about.